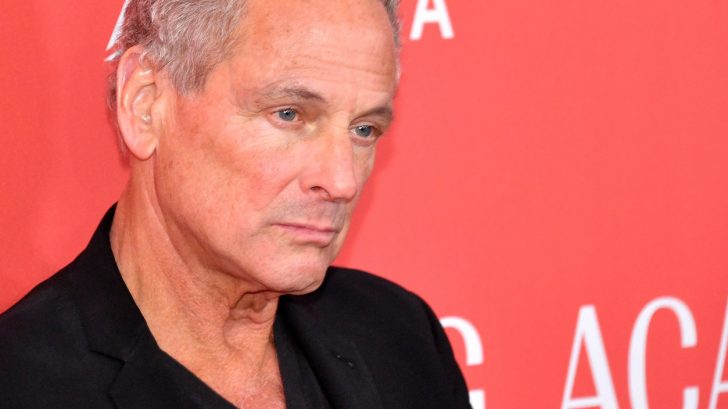 Lindsey Buckingham is out of Fleetwood Mac, a decision that we now know was made by the band as a whole.

As we reported just a few short weeks ago, Fleetwood Mac made headlines when they parted ways with longtime guitarist and lyricist Lindsey Buckingham, citing disagreements over the band’s upcoming tour. We’ve heard from Fleetwood Mac, as well as from Mick Fleetwood and Stevie Nicks on the matter – but Lindsey, understandably, has been quiet regarding his sudden exit from the band.

Until this weekend, that is.

Buckingham made his first public appearance since his exit from Fleetwood Mac Saturday night at a fundraiser for Mike Levin, a Democratic candidate for California’s 49th Congressional District. Despite having every right to be bitter, Buckingham took the high road as he commented on recent events, refusing to badmouth his former bandmates – and refusing to allow the audience to badmouth them as well.

“It’s been an interesting time on a lot of levels,” he began. “For me, personally, probably some of you know that for the last three months I have sadly taken leave of my band of 43 years, Fleetwood Mac. This was not something that was really my doing or my choice. I think what you would say is that there were factions within the band that had lost their perspective.”

At that point, a fan screamed “F— Stevie Nicks!” in response, to which Buckingham simply raised his hand and refused to engage in childish name calling or backbiting. Stating that it “doesn’t really matter,” he continued his previous thought, revealing what makes him the saddest about leaving Fleetwood Mac.

“The point is that they’d lost their perspective, and what that did was to harm – and this is the only thing I’m really sad about; the rest of it becomes an opportunity – it harmed the 43-year legacy that we had worked so hard to build, and that legacy was really about rising above difficulties in order to fulfill one’s higher truth and one’s higher destiny.”

Late last month, Fleetwood Mac discussed Buckingham’s departure and the future of the band with Campbell and Finn on board. While Stevie Nicks was quick to weigh in on the band’s decision to let Buckingham go, it was Mick Fleetwood who ultimately revealed why Lindsey is no longer with the band.

“It became just a huge impasse, and hit a brick wall, to where we decided that we had to part company,” Fleetwood explained on CBS This Morning.

He liked it to a marriage that’s run its course, stressing the importance of not using the word “fired” to describe the band’s decision to part ways with Lindsey. Fleetwood also has nothing but high praise for his former bandmate’s talents and legacy.

“We don’t use that word, because I think it’s ugly,” he said. “It’s not a question of that. Lindsey has huge amounts of respect and kudos [for] what he’s done within the ranks of Fleetwood Mac, and always will. But it’s like a marriage that came to an end, and there are reasons why. As a band, we needed to move on, and we have.”

While Buckingham hasn’t yet said what his future without Fleetwood Mac will include, it’s safe to say that his presence will be sorely missed when the band hits the road on October 3rd for a massive North American run, beginning in Tulsa, Oklahoma and wrap up in Philadelphia, Pennsylvania on April 5th, 2019. Tour dates can be found just below this article and as always, we wish Lindsey Buckingham the very best as he steps into the next chapter of his career!