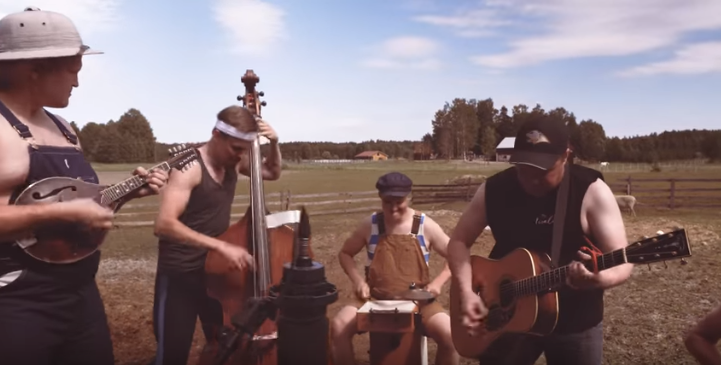 We Don’t Deserve Them

If there’s one thing you should know about Steve’n’Seagulls, it’s that these guys don’t mess around. Sure, they may know how to have a great time but when it comes to covering classic hits, they always deliver the goods. Whether it’s rock ‘n roll or heavy metal, they add their own flavor to the song and boy, they take the tune and make it their own.

To say that they rival the original isn’t exactly the best compliment because they only aim to pay homage to the legendary artists. Rather, they do everything in bluegrass style – for most of these covers, we never thought it would work but it surprisingly did.

Take for example ZZ Top’s “Gimme All Your Lovin.” The Finnish quintet blew us away with their version. You can easily tell they’re all excellent musicians and everything about this is just way too good!

“The whole thing at first started as kind of a concept thing and a side-project just for 10 or 20 shows, and there was the theme of Spaghetti Western or stuff like that. So, it was a little bit different in the beginning, but about three years ago we started doing things more and more acoustic and found out that a lot of hard rock and heavy metal songs worked pretty well with this kind of an arrangement. That’s how the band kind of found its form.” – Tomi ‘Remmel’ Tajakka

Thanks to YouTube, we get to see talents like this. And of course, they now have a solid fan base too. Because at a time when crappy music rules MTV and the radio, it’s refreshing to see something as spectacular as the bluegrass version of your favorite tracks. Just a bunch of guys who actually plays musical instruments? We’ll take it!

We hope to see more from them. It’s stuff like this that keeps rock alive.