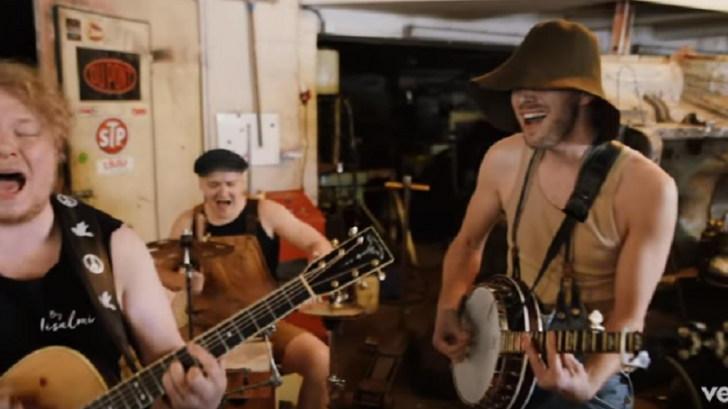 They Nailed It Again

Can we all take a moment to appreciate how EXTRA this is? If you don’t know what we’re talking about, you have to watch the video to understand. These guys may look like they’re fooling around but their talents are no joke. This cover of Van Halen’s 1984 classic hit “Panama” is proof.

Like all their other versions, they took the song and made it their own and of course, added a bit of flair while they’re at it. It goes without saying that this is beyond spectacular. There’s no way you can watch this just once. And while we love the whole video, our favorite part would have to be the trumpet solo.

“I have no memory of coming up with any of those riffs. Even the stuff I wrote for the last record, I don’t remember. It just comes to me.” – Eddie Van Halen on writing the riffs for “Eruption” and “Panama”

These guys are pretty busy hitting the road for a series of concerts which will go well into 2019. So in case they’re coming to your city, don’t miss the chance to hear them perform live. We’re sure it would be much more magical than watching their videos.

“Yeah, there’s a lot of cover bands in Finland also, and at some point we figured out that there might be something a little bit unique in what we do. We kind of see ourselves mixing bluegrass, Finnish folk music, pop music and metal songs. It’s a mixture of many things, so I think that makes it a little bit unique in a way.” – Tomi ‘Remmel’ Tajakka

Some may think that heavy metal and bluegrass style won’t go well together. Well, they’d be surprised if they hear this version. It’s an unexpected twist but still delightful all the same.