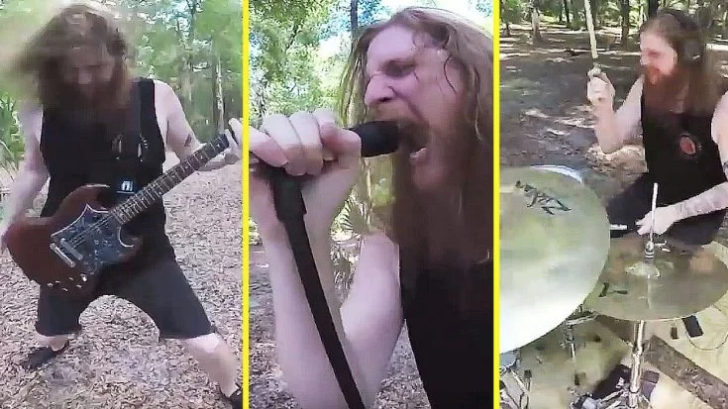 Huey Lewis Would Love This!

That being said, there are certain songs (that aren’t metal) that are recorded one way, but translate as metal songs so easily, you’d think that it’s how the song was originally intended. That’s exactly the case with the video we just found here.

What you’re about to watch is a video in which an incredibly talented musician who goes by BrosiveTheAnimal performs a heavy metal cover of the song Hip To Be Square by Huey Lewis & The News. What makes this video amazing is the fact that this guy plays every parts by himself. This is truly a sight to see, see for yourself!