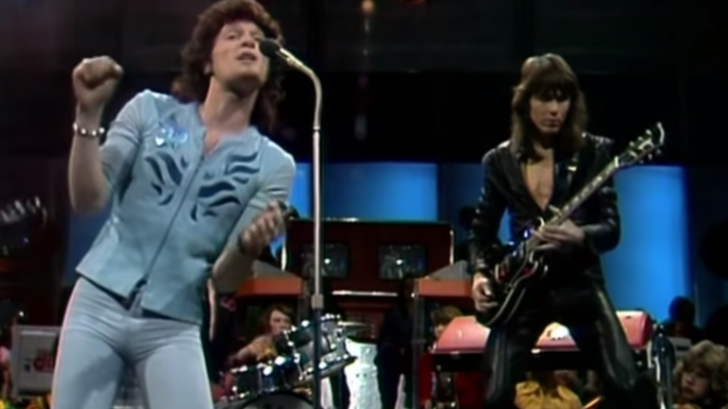 With Love, From The Netherlands

The Dutch band, Golden Earring, was formed in 1961 by George Kooymans (vocals/guitar) and Rinus Gerritsen (bass/keyboards), Barry Hay (vocals, flute, sax), and Cesar Zuiderwijk (drums). Originally called the “the Tornados,” George was only 13 when he asked his 15 year old neighbor Rinus to form a band with him.

Most of their success has been centralized in the the Netherlands. Their international success was bas off their 1973 track, “Radar Love.” The song gained universal appeal with it’s long-distance romance focused lyrics and hard-hitting instrumental solos.

The song began with the title, “Radar Love.” Working from there a heavy bass intro and serenading guitar solo. Afterward, a clean cut drum-fill towards the end- ultimately wrapped up in some husky far-reaching lyrical flows. Golden Earring was pure rock and roll. Their hit was the epitome of 60s/70s love jams.

“Radar Love” is about conveying your love to someone, before phones. Back when you basically needed telepathic skills to communicate with someone who was driving. The driver in turn, has a burning fire and desire to get to their destination- their sweetheart. The driver’s speed intensifies hoping to reach their love sooner. It’s all about that radar love, baby!