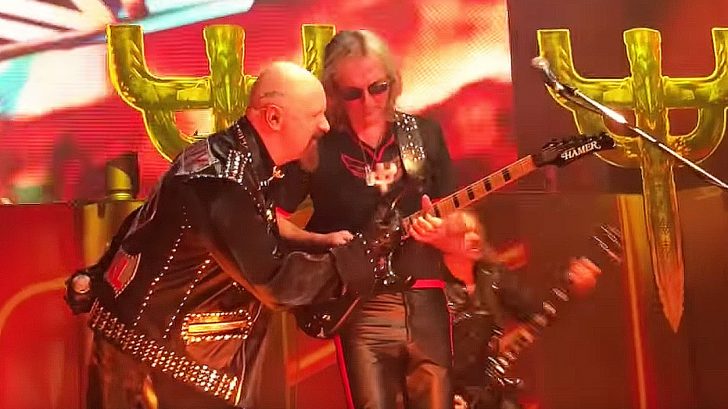 Just last month, Glenn Tipton, lead guitarist for Judas Priest, announced that he was stepping down from touring with the band as a result of Parkinson’s disease, though he will continue to contribute to the band in the studio.

Guitarist Andy Sneap stepped up to fill his shoes and thus far has been doing a superb job. However, amidst the band’s Firepower Tour kicking off, it seems as though Glenn just couldn’t say no to the idea of performing at least one more time with the band.

In the videos below Glenn is shown joining Judas Priest for the songs “Metal Gods”, “Breaking The Law”, and “Living After Midnight”. Unfortunately, it becomes obvious that Glenn has trouble keeping up with the rest of the band, but nevertheless, he looks happy to be on stage and it’s good to see him happy after all that he’s been going through this past month. Check out the performances below!