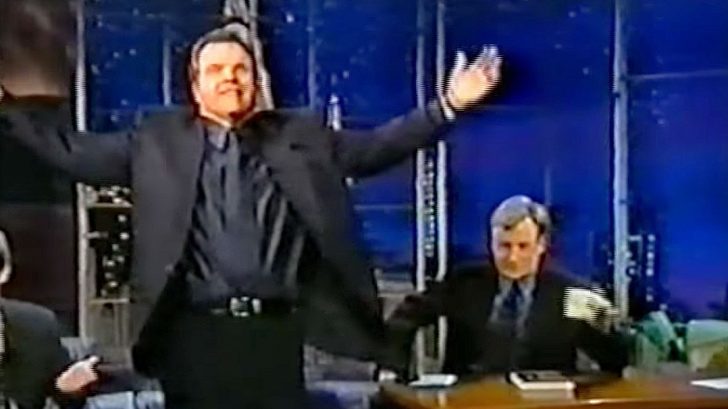 Multi-platinum recording artist Meat Loaf was featured as a guest on Conan O’Brien’s talk show in 2001 and needless to say, he was the star of the entire episode. Meat Loaf has a great number of wild stories that he can that truly sets him apart from any other guest on a late night talk show, and this night was certainly no different!

What you’re about to watch is the exact interview where Meat Loaf not only stole the show from Conan, but he had the audience rolling in laughter the entire interview. From talking about his near death experiences, to discussing his role in ‘Fight Club’, to even giving the finger to a faux baseball player, Meat Loaf simply personifies charisma and energy… LOTS of energy!

If you ever somehow become worthy of an interview with Conan O’Brien and need to know how to handle yourself, just watch this video! Don’t believe me? See for yourself!