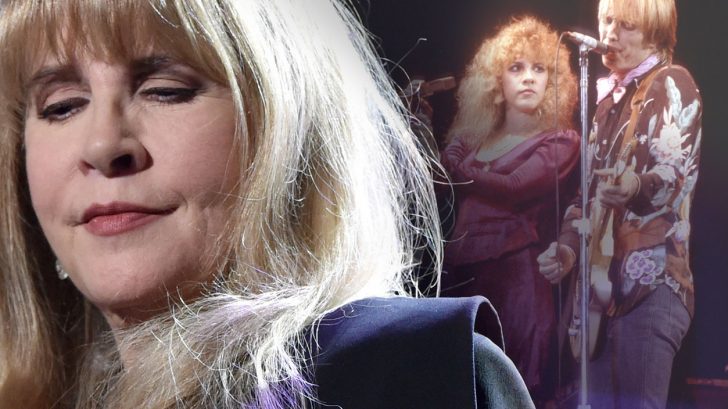 “My Heart Will Never Get Over This,” Says Nicks

From her tumultuous love affairs with Lindsey Buckingham and Don Henley to the devastating loss of her parents and best friend Robin and the crippling drug addiction that threatened to consume her, Stevie Nicks is remarkable in her ability to bounce back from everything life’s thrown at her. Her strength has given her the power to go through hell and back again and live to write about it, but despite a resilience that’s damn near otherworldly there’s one thing she admits will leave her with a broken heart for the rest of her days: the death of her trusty, rusty best friend, Tom Petty.

While accepting the 2018 MusiCares Person of the Year Award with Fleetwood Mac over the weekend, Nicks took a moment to remember Petty, who died last October after an accidental prescription drug overdose. Their friendship spanned across four decades, and Petty’s death “has just about broken my heart,” said Nicks. “He was not only a good man to go down the river with, as Johnny Cash said, he was a great father and he was a great friend, and he was one of my best friends. My heart will never get over this.”

Think about that for a second.

Not “I’ll never get over this,” but “my heart will never get over this”; that’s the kind of grief that sits just beneath the surface of your skin, waiting to jump out the second you think you hear your loved one’s voice or catch a whiff of the cologne they used to like so much.

One of the hardest parts of Petty’s death isn’t just reconciling with that kind of soul level grief, but the fact that like those who knew him best, Nicks understood that nothing could stop him from doing what he loved – not the broken hip, not the pain, nothing.

“He should have canceled, and he should have just gone home and … gone to the hospital. But not Tom. He was going to go down that river. God bless him. He finished his tour at the Hollywood Bowl — three shows — and one week later, he died. But he got down the river.”

Our hearts go out to Stevie today and every day; good friends are hard to find, but when you find it and lose it? Unimaginable.