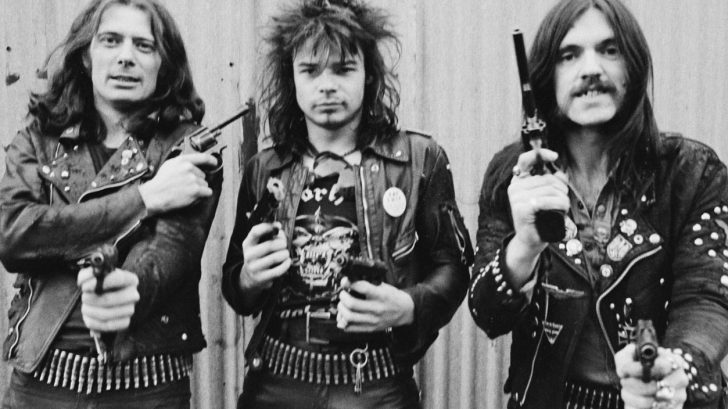 Last Of Original Lineup Passes Away

Rock fans have another reason to grieve today as the last living link to Motörhead’s past, “Fast” Eddie Clarke, was pronounced dead last night at the age of 67. The announcement came via Chiswick Records founder Ted Carroll, who took to Facebook with news that Eddie had “passed peacefully” in the hospital where he was being treated after a battle with pneumonia.

Born in Twickenham, London, England in 1950, Clarke joined Motörhead in 1976, rounding out the lineup comprised of Lemmy Kilmister and drummer Phil “Philthy Animal” Taylor. He would play on Motörhead’s first five studio albums, his hard and fast approach to guitar playing coloring classics like “Overkill,” “Ace Of Spades” and “No Class” before a disagreement over the band’s direction during the Iron Fist era saw Clarke leave Motörhead in 1982 while on tour in the United States.

Though he went on to form Fastway with UFO alum Pete Way, Clarke was never far from Motörhead’s orbit and there was no bad blood between he and his former bandmates, calling his years spent alongside Kilmister and Taylor “the best years of his life” and famously sitting in with the band for 2003’s Live at Brixton Academy before joining Lemmy for a performance of “Ace Of Spades” in 2014. His time away from Motörhead even saw him collaborating with Lemmy, who wrote and sang on “Laugh at the Devil” from Clarke’s 1993 solo album It Ain’t Over Till It’s Over.

Clarke outlived both Lemmy and Philthy, who in 2015 died within months of each other. Motörhead alumni Mikkey Dee and Phil Campbell took to Facebook earlier today to issue statements on Fast Eddie’s passing, both marveling at how something like pneumonia could snatch the life from someone as healthy and full of life as their late friend.

“Just heard the news that Fast Eddie Clarke has passed away. Such a shock, he will be remembered for his iconic riffs and was a true rock n’ roller. RIP, Eddie,” wrote Motörhead’s Phil Campbell.

Drummer Mikkey Dee shared, “Oh my f—— God, this is terrible news, the last of the three amigos. I saw Eddie not too long ago and he was in great shape. So this is a complete shock. Me and Eddie always hit it off great. I was looking forward to seeing him in the UK this summer when we come around with the Scorps…now Lem and Philthy can jam with Eddie again, and if you listen carefully I’m sure you’ll hear them, so watch out! My thoughts go out to Eddie’s family and close ones.”

This truly is the end of an era; the last living link to Motörhead’s early days is gone, reunited with his former bandmates for what has to be the loudest band in rock and roll heaven. Our hearts go out to Fast Eddie’s family and loved ones during this difficult time, and we’re glad that time allowed us to exist at the same time he and Motörhead did. Go easy, Fast Eddie.