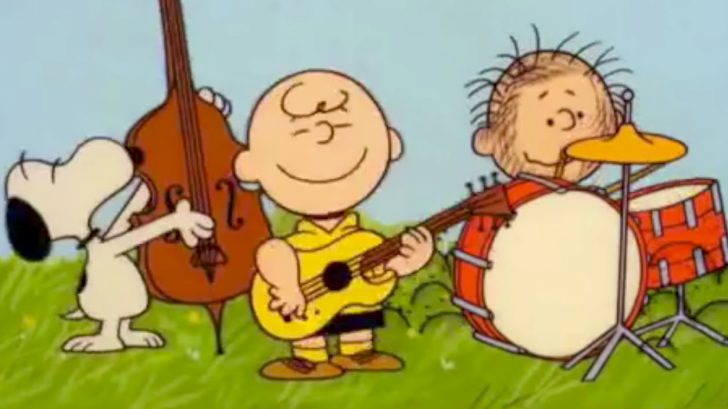 “Waiting For the Break Of Day…”

In the age of the internet, it never ceases to amaze us how creative people get when you give them some music, an old piece of pop culture, and a great idea.

YouTube sensation Garren Lazar is at the forefront of it all, drawing in hundreds of thousands of hits to his  YouTube account with his popular Peanuts music parodies – videos that feature footage of Charles Schulz’s Peanuts gang synced up perfectly to classic rock tunes, earning both high praise and sheer delight from fans who get to bridge the gap between their childhood and their adulthood in a wildly creative new way.

With parodies that range from Queen’s “Bohemian Rhapsody” to The Rolling Stones’ “Sympathy for the Devil,” our favorite  by far was that of Chicago’s critically acclaimed “25 Or 6 To 4”.

Written in 1969 by Chicago co-founder Robert Lamm, “25 Or 6 To 4” is a powerful horn driven tune that somehow syncs up perfectly with certain parts of the Peanuts gang’s iconic “Linus And Lucy” dance scene from A Charlie Brown Christmas. Suddenly, Linus isn’t the shy, blanket toting youngster we remember, but a really small Peter Cetera; Charlie Brown’s Terry Kath is something to be admired.

The song’s title is the time at which the song is set: 25 or 26 minutes before 4 AM; though, because of the unique phrasing of the title, “25 or 6 to 4” has been incorrectly believed to be a veiled reference to drug quantities, or a mystical allusion, prompting the song to be banned in Singapore until 1993.

From the original video to Garren Lazar’s fun new take on the Peanuts gang, one thing’s stayed the same though: that little kid in the orange shirt can still out-dance everyone in the room.

I can't help it. I must share these PEANUTS Gang clips. Here's another classic CHICAGO Tune "25 or 6 to 4" I found these all on YouTube. I wish I could take credit. They are so well done. I have one more Chicago cut then the PEANUTS Gang will sing other hits. I will pick my favorites. It's just something to bring a little Happy in this slightly Sad and Scary World