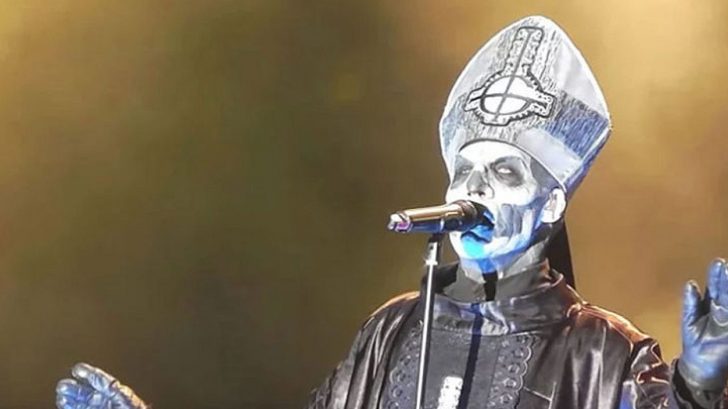 This Is How It’s Done!

In the world of rock and metal music there’s a cardinal rule, and that rule is to never judge a book by its cover. For example, there’s a band called Ghost and every show they dress up as satanic characters. Yet they don’t play sluggish hissing black metal like you’d expect. The music they play is well crafted, beautifully written, and above all else, beautifully played.

There’s truly more than meets the eye with Ghost. They are also known for their amazing covers. Now when I say covers, you may not be expecting one of those songs to be a Beatles song, would you? Well, you’d be wrong!

What you’re about to watch is a video in which the aforementioned band Ghost takes to the stage in Liseberg, Sweden to perform a cover of the iconic smash hit by The Beatles titled “Here Comes The Sun”. My advice to you is to close your eyes and listen as this band absolutely crushes this cover. See for yourself!

“Here Comes the Sun” was written at the time when Apple was getting like school, where we had to go and be businessmen: ‘Sign this’ and ‘sign that.’ Anyway, it seems as if winter in England goes on forever, by the time spring comes you really deserve it. So one day I decided I was going to sag off Apple and I went over to Eric Clapton’s house. The relief of not having to go see all those dopey accountants was wonderful, and I walked around the garden with one of Eric’s acoustic guitars and wrote “Here Comes the Sun.” – George Harrison

Ghost breathed new life into this classic and we’re totally here for it. This is how covers should be done – it’s heavier, darker but still exceptional all the same.