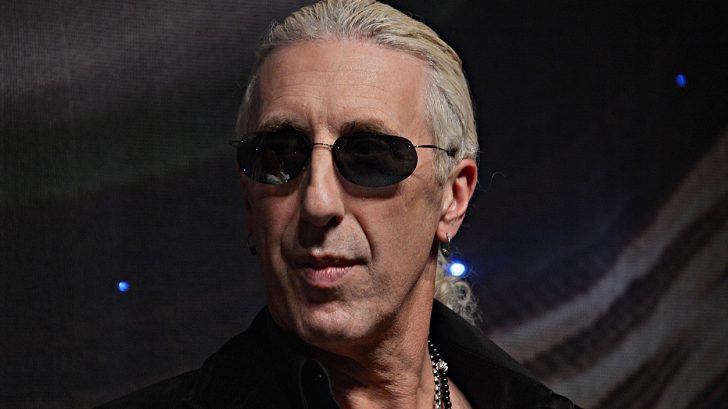 This Is The Last Thing We Ever Expected Him To Say…

No rock star has ever carried the flag into battle for hard rock and heavy metal more times than Twisted Sister front man Dee Snider. Considered to be one of the most iconic rock stars of all time, Dee Snider’s bravery, outspokenness, stage presence and charisma quickly cemented him as one of the most prominent rock figures in all of rock & roll. Simply put, without him, rock music may not have the rebellious image that it so famously carries today.

With all of these accolades and credits to his name, you’d think he and his band would be first ballot Rock & Roll Hall Of Fame inductees, right? Well apparently not, but that’s not coming from the Hall Of Fame, that’s actually coming from Snider himself!

Snider was recently featured as a guest on SiriusXM‘s “My First Time” and talked openly about whether or not he feels that Twisted Sister should be inducted into the Rock & Roll Hall Of Fame. Here is his surprising answer…

“People go, ‘Oh, you think you should be in the Rock And Roll Hall Of Fame?’ And I go ‘No’. ‘What do you mean no? Everybody thinks…’ ‘No.’ I’m honest enough to say we had a moment. But it seems like that moment, and maybe what I did in Washington.”

“That moment, and maybe when I created what became ‘Headbangers Ball’, which was an important show in the metal community… It was originally called ‘Heavy Metal Mania’. It was my idea. I called MTV, pitched them, they bought it. 18 months I hosted it till I asked for money, and they said, ‘We don’t pay money.’ I was, like, ‘Well, I’m not doing this for free anymore.’ And then it became ‘Headbangers Ball’. So a respect, over the years, has come, and it’s nice that people are appreciating me.”

Now, if you ask me, I think that all of Twisted Sister should’ve been inducted years ago, but that’s just me. And let’s be honest, even if they ARE eligible, they probably won’t get in for many, many, many years. But, as they say in rock & roll and Netflix, stranger things have happened!