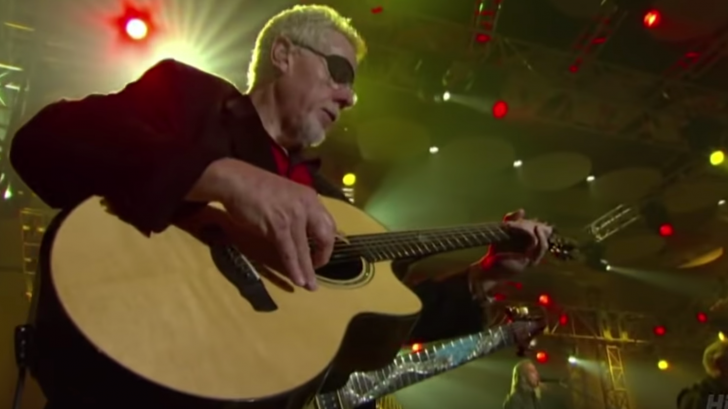 As good as the old times

The legendary rock band Kansas has been in the business for over 40 years and it’s always nice to look back on their hey days. Reminiscing their best moments brings a sense of nostalgia to the good ol’ 70s era. One of these songs, the classic anthem, “Carry On My Wayward Son” (you may have heard of it), definitely takes you back. It’s an awesome rock song that could only be described as timeless, as even 42 years on, the band still sound as young as ever.

With this performance, it’s clear that although the band members have aged, it doesn’t seem they’re going to be slowing down anytime soon.

“Carry On My Wayward Son” was written by Kansas guitarist Kerry Livgren. Although the lyrics seem to have a Christian undertone to it, Livgren insists that he didn’t write to express anything specifically religious, althought of course as with all songs, lyrics can be up for interpretation depending on the listener.

Livgren did however point out that the song was about “searching” in a spiritual context. He said,

“I felt a profound urge to ‘Carry On’ and continue the search. I saw myself as the ‘Wayward Son,’ alienated from the ultimate reality, and yet striving to know it or him. The positive note at the end (‘Surely heaven waits for you’) seemed strange and premature, but I felt impelled to include it in the lyrics. It proved to be prophetic.”

Livgren took over the songwriting duties for the band when lead singer and keyboard player, Steve Walsh, began suffering from writer’s block.

In late 2011, Livgren opened up about the song writing process of “Carry On My Wayward Son” and said that the lyrics were partially about himself and the struggles and pressures he was feeling during the time when the Kansas was on the edge, career-wise.

The music, the lyrics, and Livgren’s journey to writing this magnificent track is an inspiration to many of us.

Watch this amazing performance and see for yourself!