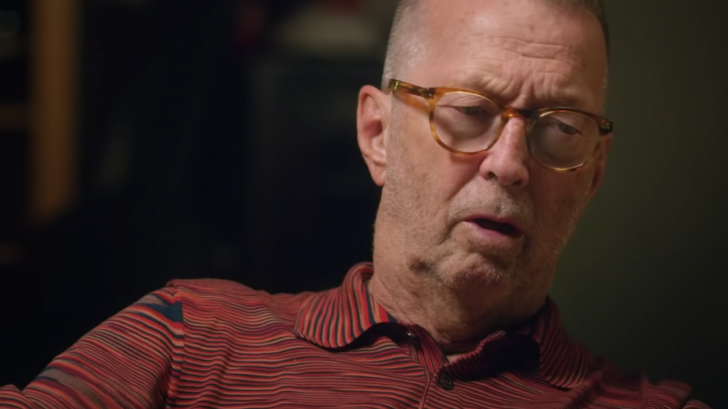 At 73, there aren’t many things that scare rock legend Eric Clapton – but there’s one thing that gives him great pause when he thinks about the future, and it comes with a sad warning.

Just weeks removed from the release of his first ever Christmas album, Clapton spoke of “inspiration” Avicii, the 28-year-old DJ and producer who tragically took his own life earlier this year.

He dedicated “Jingle Bells (In Memory of Avicii)” to the late icon, later revealing in a promotional interview that Avicii’s death made him worry about the current generation of musicians – a generation totally unequipped to handle fame and fortune beyond their wildest dreams without falling through the cracks.

“Terrible that he would die so young,” laments Clapton while referring to Avicii. “That makes me worry about the current generation of musicians. They’re gonna get swept away with different substances or lifestyles, with no real guidance.”

This is where today’s generation of musicians can learn a lesson or two, and who better to teach them than the man who’s quite literally seen it all, done it all, and lived to tell the tale?

Eric Clapton has played in three of the most influential bands to walk the earth, earned countless Grammy Awards and made his way into the Rock and Roll Hall of Fame a whopping three times; on the other side of the coin, he’s survived a near fatal drug addiction, outlived countless friends and colleagues, and waded through seemingly endless grief after the death of his 4-year-old son, Conor – all before the age of 60.

His words hold the weight of a man who knows all too well how easily the darkness can consume you if you’re not vigilant and your inner circle isn’t watching your back; here’s hoping that they’ll get through to a young musician running along the same path as too many others before him.