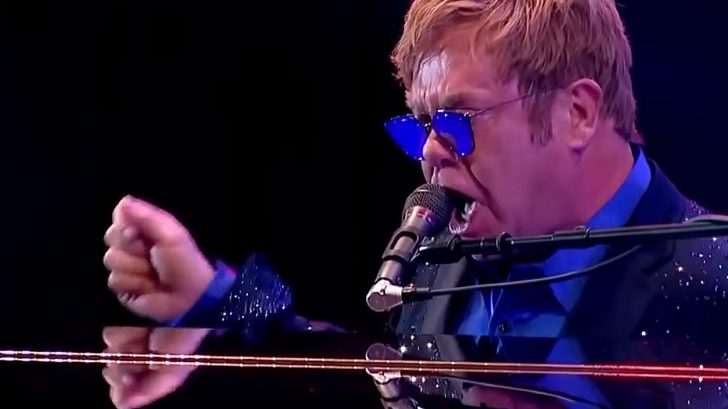 Elton Puts His Foot Down

The worst possible time for your instrument to stop working is when you’re right in the middle of a show, as was the case for Elton John one night when his piano suddenly locked up during a performance in Indiana. The 8-time Grammy Award winner was in the middle of his 1975 hit “Philadelphia Freedom” when his piano appeared to stop working, one fan in particular catching the moment on camera as John understandably became angry at the interruption and apologized to the audience for the lack of perfection.

“Something’s gone wrong here. Come on, you a——-, that’s no good. Sorry about this, I can’t play it when it’s not sounding right, I don’t want you to have anything but 100% perfection here,” John said.

Dropping a few f-bombs to the delight of the audience as he ordered technicians to fix the issue, Elton John was off to the races again after a few tense moments and apologized to the crew for letting his frustration boil over. All was forgiven, and the fine folks in Indiana were treated to one hell of a show courtesy of Elton and his band. Check out the moment that things boiled over in the video below, caught on camera by a member of the audience and originally shared by TMZ!