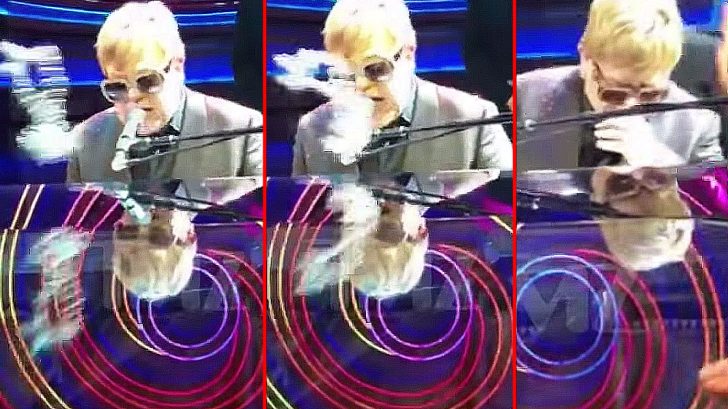 This is why we can’t have nice things. Last night saw a furious Elton John left “stunned and silenced” after a fan hit him in the face mid-performance – with a pair of Mardi Gras beads, no less. The 70-year-old legend was right in the middle of “Saturday Night’s Alright for Fighting” during his show at Caesar’s Palace when he reportedly invited the first row onstage; it was then that a string of white Mardi Gras came flying across his piano, hitting Elton in the mouth and bringing the concert to a grinding halt as he stopped to make sure none of his teeth were broken.

Visibly shaken and stunned, it took John about half a minute to regain his composure and jump back into “Saturday Night’s Alright for Fighting, understandably upset that someone didn’t seem to understand that it’s absolutely not okay to throw anything at a live performer, especially when they’ve invited you onstage and into their space.

The rest of the show went off without a hitch, but something tells us that this once lucky fan will never be allowed the opportunity to get close to Elton John ever again! Check out the video below!