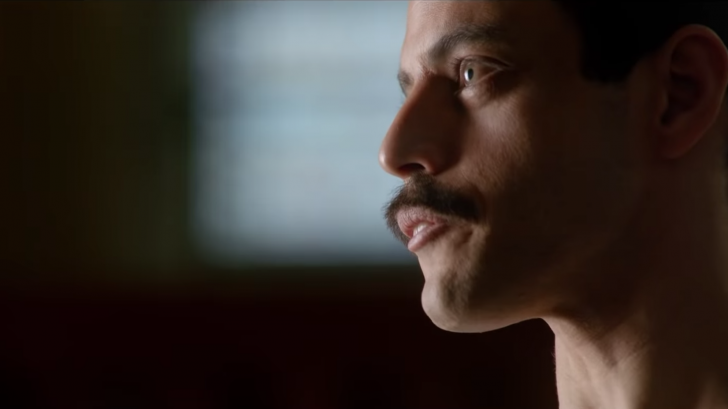 After years of waiting and months of teaser trailers, the countdown is on: Bohemian Rhapsody arrives on November 2nd, and 20th Century Fox is doing everything in its power to make sure that the buzz surrounding the film reaches a fever pitch ahead of its release.

Get ready for #BohemianRhapsody with the official soundtrack featuring Live Aid tracks previously unavailable for streaming and download: https://t.co/WzxNsgbu8X pic.twitter.com/GeWDQ4syO5

This morning saw the release of the final teaser trailer, the last in a series of many, and it’s safe to say that not only is this final peek behind the curtain absolutely gorgeous…it’s the only trailer Bohemian Rhapsody ever needed.

The first few trailers released over the course of the past several months have done a great job at bringing the humor and music of Freddie Mercury to life, but when it came to having an emotional impact, past trailers have come up lacking.

But not this one.

It opens with a shot of Freddie’s signature mirrored aviator sunglasses, his reflection barely visible in one lens as “Somebody to Love” plays. Someone gently reminds him that “Not everyone is a star, Freddie” before the trailer launches into another 2 minutes of hard hitting glimpses into Freddie Mercury the man, not just Freddie Mercury the superstar.

From selling his vision for Queen and what he hoped to accomplish with the band, to battling for autonomy as artists and battling his own bandmates, Freddie Mercury comes to life in this all too brief final look at Bohemian Rhapsody before the film’s debut next week.

It’s like the stars aligned for one final gut punch, one final reminder of what fans have been waiting a lifetime for – a loving tribute to a man the likes of which the world will never see again, given by the people who knew and loved him best (though they may not have always understood him).

Here’s A Look At Past Trailers

Everything is intentional in this final teaser trailer for Bohemian Rhapsody, and if you don’t find yourself a little misty eyed, awe-struck or fighting the chills threatening to run down your spine by the time the title card wraps up the entire experience, give it another watch – it’s worth it.

Are you ready? Are you ready for this? Are you hanging on the edge of your seat? Watch the final trailer for #BohemianRhapsody now. In theaters next week!