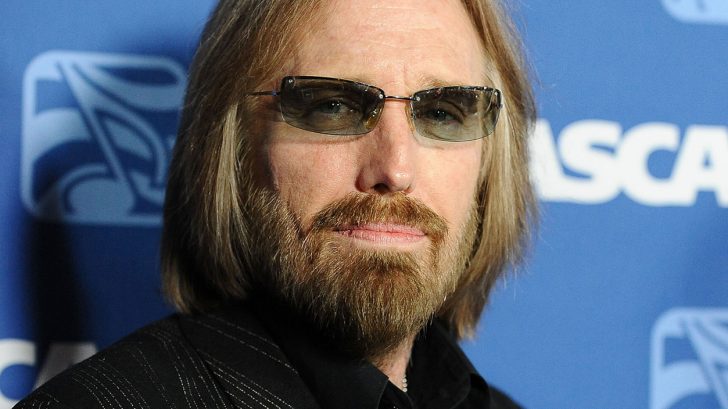 Just by a show of hands, has anyone cruised through Tom Petty’s official website lately?

You might want to swing by, because it looks like his estate is planning something big – and it’s going down tomorrow morning.

But first, let’s back up.

Since his death last October at the age of 66, Tom Petty’s website has been pretty much untouched. Now, where there used to be navigational links for fans to check out news, photos and videos of the late singer-songwriter, there’s a giant black and white image of Petty with a countdown clock that’s got a zero date of 10AM ET on July 11 – tomorrow.

Fans are curious and speculating as to what it could be:

So @tompetty’s team is making a big announcement tonight, and I am so filled with anxiety and excitement… If it’s the release of the second half of Wildflowers like he planned to do before he died, im going to cry. 😭❤️ #TomPetty

If you visit https://t.co/sYx6CNn1n8 right now, it's a countdown clock. That's all. Fans ponder what may be coming July 11 #TomPetty #musichttps://t.co/10XvH1ywFZ

And don’t even think about heading to Tom’s social media accounts for answers: you won’t find any.

So what on earth could it be?

Well, it could be any number of things. But the most likely scenario – and the ones fans are hoping for most – is something involving Petty’s critically acclaimed 1994 solo album Wildflowers.

Shortly before his death, Petty revealed his desire to expand upon Wildflowers. “I would like to go out there and perform the entire album as it was originally conceived with all of the songs.

“That album was really about sound in a big way. Nobody has ever done something like this, where you’re previewing the second part of a never-released album. How often does that happen? It’s old and new at the same time.”

Only ever available as a single disc, Wildflowers was initially supposed to be a double-length album. Just before Petty’s death last fall he spoke of wanting to bring his original vision to life, considering a tour based on the album and according to his manager negotiations were underway with a few artists Petty wanted to include in the tour.

Now, it looks like fans could be in store for that long awaited double-length version of Wildflowers. We’ll definitely be tuned in tomorrow morning to hear what Tom’s estate has to say, so stay tuned to Daily Rock Box for updates – we’ll have ’em hot and ready for ya!