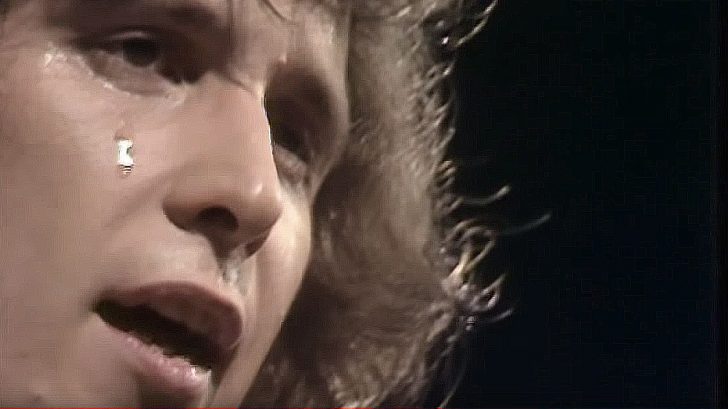 Written in 1971, Don McLean’s ‘American Pie’ was written as a way to deal with the grief following “The Day The Music Died”; that is, the 1959 crash that killed Buddy Holly, The Big Bopper and Ritchie Valens. That day effectively ended the innocence of the 50’s that brought us sock hops and Coke floats, ushering in a new era of counterculture and warfare and leaving then 13-year old Don at a loss for what to do.

This 1972 performance is one of the first times McLean performed ‘American Pie’ live, and it’s absolutely outstanding! Here we see Don as a grown man, channeling his youthful grief into a song that would come to redefine rock music and become an anthem for his generation of 20-somethings who had their rose colored glasses snatched away far too quickly.

Fun Fact: The “lost” verse of ‘American Pie’ was found in early 2015, and expresses the belief that one day the music will come back. It sold for 1.5 million.

These days, Don is still playing this classic live, but he’s long since made peace with the ghosts that made him write ‘American Pie’ in the first place. However, it’s amazing to watch this performance and realize that before our very eyes, Don was actually doing his part to save the history of the music that saved him.