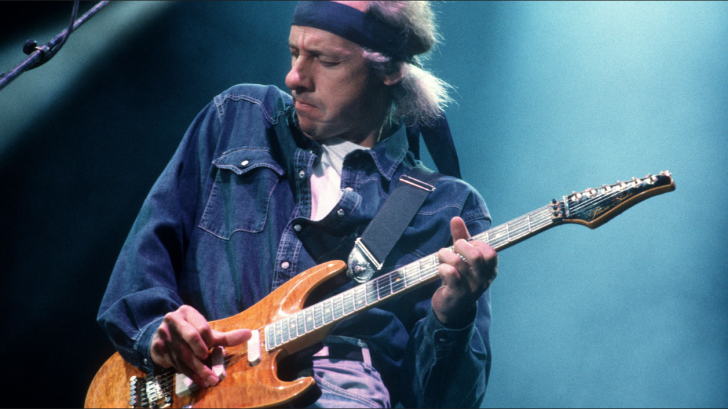 Dire Straits In The Studio

Finally – one of our favorite guitar parts in rock music, stripped down and just as you were meant to hear it!

Written in 1977 and originally recorded as a demo, “Sultans Of Swing” by British rock band Dire Straits is one of those songs that fans and music critics can universally agree on; with its bright, snappy guitar track provided by legendary axe slinger Mark Knopfler and what Ken Tucker of Rolling Stone calls an “inescapable hook,” “Sultans Of Swing” managed to both poke fun at overly hip Londoners and sound wonderfully unlike anything else on the radio at the time of its reissue in 1979.

A stunning studio performance from Mark Knopfler, this master guitar track is absolutely to die for! Without the bass and drums behind him, you can experience the full range of Knopfler’s talent as he fingerpicks his way into rock history.

But first…listen to “Sultans of Swing” in its entirety: