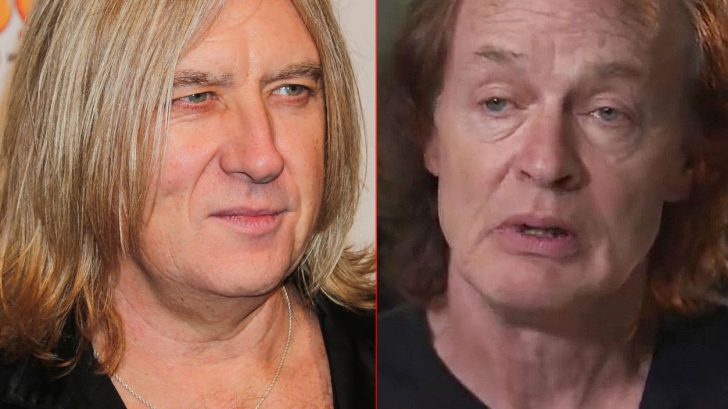 Elliot Weighs In On Controversial Move

It’s been nearly two years since AC/DC frontman Brian Johnson was forced to step away from the band he’d devoted the better part of three decades of his life to, sidelined by the ever present danger of total hearing loss. While the dust has settled, Brian and his former bandmates have moved on, and AC/DC fans have reluctantly accepted new frontman Axl Rose, it would appear that there’s one person who’s still having a hard time with the way things turned out for Brian – and he thinks that things could have been handled much, much differently.

Def Leppard frontman Joe Elliott weighed in on Johnson’s surprise exit from AC/DC, criticizing the manner in which the band handled his hearing problems. In an interview with Life in the Stocks, Elliot compared AC/DC’s conundrum with Def Leppard’s own following the crash that took drummer Rick Allen’s arm, saying that he “wouldn’t have done it like that”:

“I can’t speak for Angus [Young] and his team as to what their reasons were for doing what they did, but considering that we had a drummer lose an arm and we waited for him, the way that they dealt with it was not the way I would have done it. Put it that way.”

In 2015, AC/DC postponed ten dates on their critically acclaimed Rock Or Bust Tour after it was discovered that Brian Johnson was forced by doctors to “stop touring immediately” because of the apparent high risk of of total hearing loss. Caught in a no win situation regardless of whether they decided to continue on with a new singer on short notice, or call it quits completely, AC/DC opted to push on, recruiting Guns N’ Roses frontman Axl Rose much to the dismay of fans who’d been looking forward to seeing Johnson with AC/DC and were understandably wary of Rose’s untested ability to stick to his commitment.

No matter how anyone might feel about it, at the end of the day AC/DC made the best decision they could with the resources they had – surely, any band can understand that, no matter how they may have handled it personally. With an uncertain future colored by the exit of bassist Cliff Williams and the string of tragedies that have struck Angus Young in recent months, only time will tell what’s in store for the world’s biggest and loudest rock band, and as always we’re confident that when the time comes, the best decision will be made.