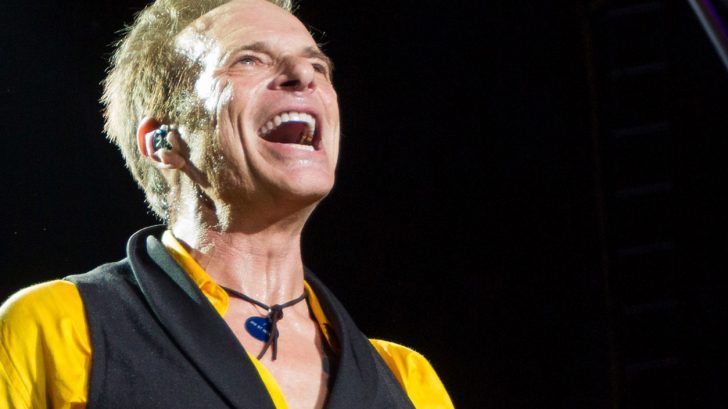 As we reported early last year, Michael Anthony’s family was rocked by tragedy when grandson Rex Becerra was born with heart disease; despite aggressive efforts to save his life, Rex passed away at just two weeks old, forever leaving a hole in the hearts of those who loved him most.

When the former Van Halen bassist set out to celebrate Rex’s short life by joining a fundraising walk for the hospital that fought to save him, his initial goal was only $3,450.

Thanks to former bandmate David Lee Roth, Michael and his team – dubbed Rex and the Heart Beaters – eclipsed their goal after Roth’s generous donation of $10,000, coming in just shy of $20,000 one month before Walk L.A. took place on June 17th.

While it’s been years since David and Michael last played together, there’s no ill will from either party; in fact, David lamented his absence on 2012’s Different Kind of Truth and lauded the bassist’s one of a kind contributions to Van Halen, so it’s no surprise that when the chips were down Diamond Dave was quick to jump in and offer assistance to his old friend in his time of need.