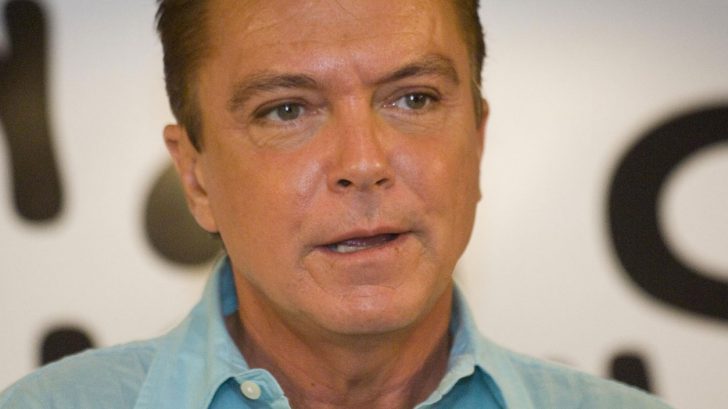 The final year of David Cassidy’s life found the 67-year-old former heartthrob trying to leave his troubled past behind as he worked on a brand new album in an attempt to stage a career comeback. It was then that he began telling people that he was suffering from dementia – the same condition that claimed his mother in December 2013 at the age of 89.

Cassidy’s death on November 21, 2017 came as the result of organ failure, but a brand new documentary from A&E features a shocking admission from Cassidy: he was still drinking, and never had dementia.

“I have a liver disease,” Cassidy explained in a recorded conversation. “There is no sign of me having dementia at this stage of my life. It was complete alcohol poisoning.”

“The fact is that I lied about my drinking,” he said. “I did this to myself to cover up the sadness and the emptiness.”

Cassidy famously struggled with substance abuse, eventually entering rehab in 2014. He told his family and friends that he’d stopped drinking but continued to abuse alcohol during the final months of his life, making his confession all the more devastating to those who believed he’d been living a sober life.

Monday at 9PM is the premiere of Biography: David Cassidy: The Last Session, a firsthand account from the celebrated musician about his life and the tragedy behind his death. pic.twitter.com/FPDamMHk7d

Not everyone was surprised by the news. Cassidy’s longtime friend and former Partridge Family co-star Danny Bonaduce weighed in, leaning on his own experiences with substance abuse to explain his late friend’s behavior.

“Part of alcoholism is lying,” said Bonaduce. “When you’re an addict, you know you can’t be honest with people. You say what you want them to hear. I can’t be mad at David for that, but it’s still a tragedy.”

Losing someone you love is one of the hardest things in life to have to go through, but it’s even more difficult when something comes up that shakes you to your very foundation. Our hearts go out to David’s loved ones during this difficult time, and we wish them peace.

David Cassidy: The Last Sessions will premiere at 9PM ET on June 11.