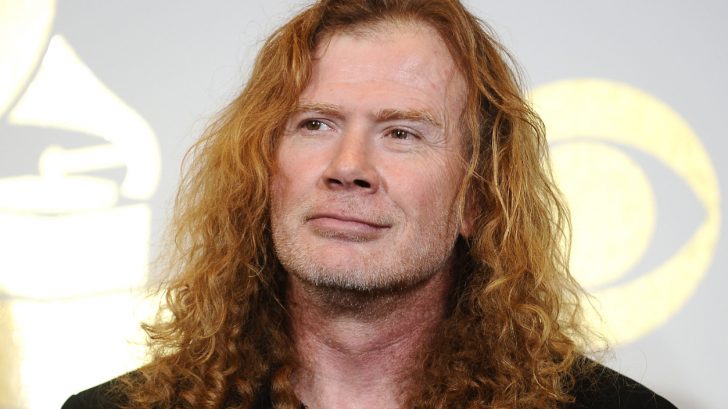 He’s Carrying The Flag Into Battle!

In fact many rock and metal bands who are nominated for a Grammy choose not to attend simply out of protest for the seemed lack of care for the genre(s).

With all of that said, there are many rock and metal legends who are willing to take the fight to Grammys. One such iconic musician is Dave Mustaine of Megadeth who recently just joined a Grammy chapter in Nashville to help influence a growth in the appreciation for all things hard rock and heavy metal music in the Recording Academy.

In fact, during a recent interview with 107.7 The Bone Radio, Dave spoke openly about joining the chapter and what he expects from the Grammys, particularly in 2020. Here is what he had to say…

“I stopped going to the Grammys because you’d have to sit through, like, 30 Latin jazz records, and then you’d have to sit through another 30 jazz Latin records. And it’s, like, ‘What?’ So a couple of years ago, the guy that produced our record ‘Th1rt3en’, Johnny K, and a couple of other guys at the Grammys tried to get another [heavy metal] category, and they were so close, but it failed.”

“And I called them up and I said, ‘We’re doing this.’ So 2020, we’re fighting — we’re getting all of the metal labels that we know, we’re trying to get them all together to petition the Grammys to give us another metal category.”

What do you folks think, are you with Dave here? Do you think that he’s going about the right steps to try and make the Grammys more inclusive to hard rock and heavy metal? Let us know your thoughts in the comments!