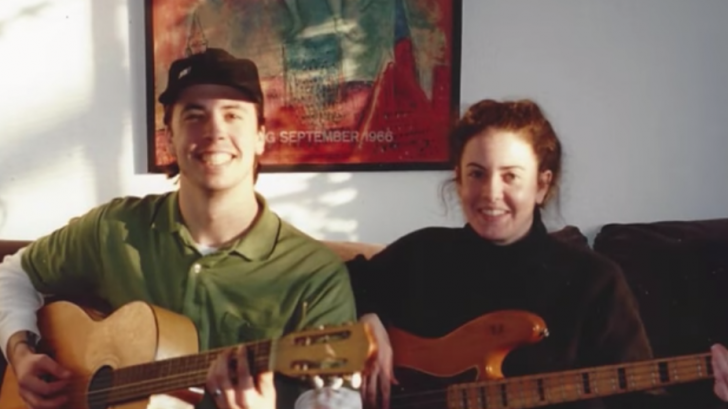 What’s A Mother To Do

Dave Grohl and his mother stopped by the CBS This Morning studios back in 2017. They discussed Virginia Grohl’s book, “From Cradle to Stage: Stories from the Mothers Who Rocked and Raised Rock Stars.” She interviewed the mothers of Kelly Clarkson, Pharrell, Dr. Dre, Kurt Cobain, and a dozen others. Virginia has included personal stories of Dave’s childhood and what guided him to become a rock star.

Rock star mom Virginia, has roots in an a cappella group as a young woman, The Three Belles. Naturally, she was a musical woman. You could tell that Dave was set to be raised in a home full of life and music. There’s one artist that helped Dave and his mom solidify their bond.

I Bet You Think This Song Is About You

The pair was heading to the lake on a Summer day (1975) while they listened to the AM radio. Dave was sitting in the front seat of the Ford Maverick when a  new tune came started playing. “My mother and I always sang together in the car,” explains Dave as Virginia listens with a sweet smile. “You’re So Vain,” by Carly Simon was on the radio. There’s a part where Mic Jagger chimes in– that’s the part Virginia sang! Dave sang Carly’s part.

He realized the note differences in the harmonies and says, “Right then I realized the two notes sung together create harmony, and that creates a chord- and so from that moment on I was searching for harmony and I started listening to music, not just hearing it.”

Virginia Grohl was a public school teacher for 35 years. She had a broad scope and perspective on what was necessary for children to thrive and succeed. Mama Grohl realized that support was the most necessary thing for a child to feel in order to grow into a healthy adult. Well… she knew exactly what she was doing because now she’s a mother to one of the most successful rock stars in the world.