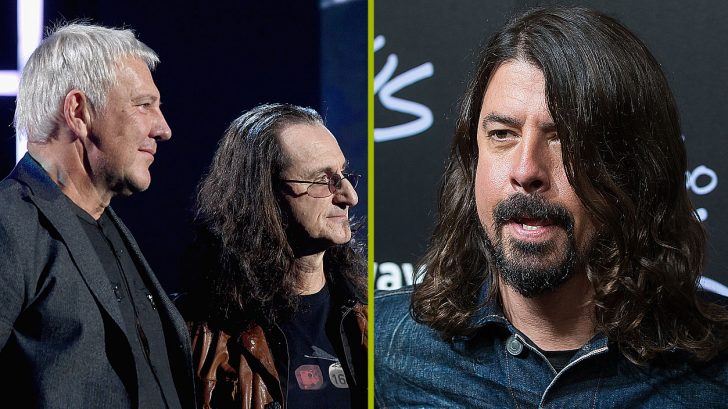 “A Whole Other Animal…”

Nevertheless, fans are still hoping to see Rush back on stage one day, and are even willing to accept a new drummer. Now, this is something that Rolling Stone Magazine factored into the question the posed Dave Grohl when he was asked about the possibility of joining Rush as their new drummer.

Rolling Stone asks, “Neil Peart is retired. What would you do if Geddy Lee and Alex Lifeson asked you to play drums for Rush on a tour?”

Dave responds, “I would say, ‘I’m not physically or musically capable, but thanks for the offer.’ Neil Peart, that’s a whole other animal, another species of drummer. I know the arrangements, but I’m like Meg White to Neil Peart. And she’s one of my favorite drummers! She’s my daughter’s favorite drummer, too. My daughter plays drums to two types of music: White Stripes and AC/DC. I’m like, ‘That’s exactly what you need to be doing.'”

Now, me personally I think Dave is more than capable of filling Neil Peart’s shoes, but I also agree that if you don’t feel you’re ready for such a task, than maybe it’s not for you. Then again, as is proven in the world of rock & roll, you never know what the future may hold!