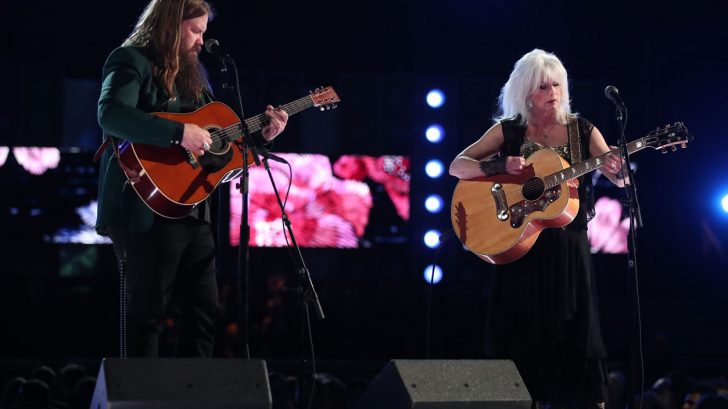 2017 was a difficult year for the music industry as we saw more of our icons and legends leave us. Soundgarden frontman Chris Cornell, Linkin Park’s Chester Bennington, Gregg Allman, Chuck Berry – but the one whose passing hit us the hardest was that of Tom Petty, who died October 2nd from what’s been determined as an accidental overdose of prescription drugs. The 66-year-old had just wrapped up his 40th anniversary tour with The Heartbreakers a week prior to his death and was anxiously awaiting the next chapter of his life, leaving those who knew and loved him twice as devastated at his sudden passing.

Country star Chris Stapleton had the honor of spending time with Tom before his death, performing with Tom Petty and the Heartbreakers, joining the band for three Midwest shows over the summer and was tapped to deliver a tribute to Petty at last night’s Grammy Awards.

Posted by Tom Petty and the Heartbreakers on Friday, June 30, 2017

He brought along 14-time Grammy winning country legend Emmylou Harris, honoring Petty’s gentle but fierce spirit with a cover of “Wildflowers” from his 1994 album of the same name, the two of them cutting a powerful figure as they stood alone in the center of the audience as if to further drive home just how lonely the world seems without Tom in it. One of our favorite moments and certainly one of our favorite musical tributes from last night, Chris Stapleton and Emmylou Harris’ take on “Wildflowers” is one that we’re sure Tom would have loved, and we’re sure you’ll love it just as much – enjoy!