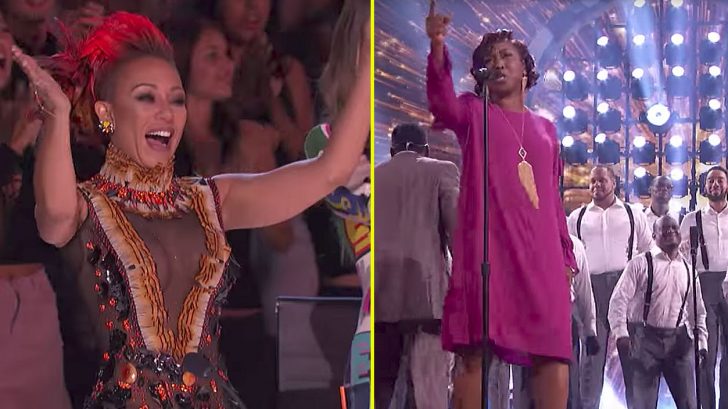 And The Crowd Goes Wild!

Last night’s episode of America’s Got Talent left fans buzzing and judges on their feet and cheering after an Aerosmith classic received the royal treatment from a gospel choir. Performed by Aerosmith for 1998’s box office megahit Armageddon, “I Don’t Want to Miss A Thing” was transformed into sweet gospel goodness by contemporary choir DaNell Daymon and Greater Works, one of this season’s fan favorites who quickly rose to fame after their showstopping performance of “This Little Light Of Mine” earned them 4 unanimous ‘Yes’ votes.

From the very first note, it’s clear that Greater Works’ arrangement of “I Don’t Want to Miss A Thing” is going to be a performance to remember as each section of the choir lights up at just the right moment to brilliantly highlight their soloist, knowing when to push and when to pull under the watchful eye of choir director DaNell Daymon.

Fun Fact: Written by Diane Warren, “I Don’t Want to Miss A Thing” debuted at number one on the U.S. Billboard Hot 100 – giving Aerosmith their first #1 after 28 years together.

We won’t spoil the results of their journey on America’s Got Talent, but we will, however, say that their performance of this Aerosmith megahit was so good and so incredibly powerful that there was one judge in particular that lost it completely, totally unable to contain herself once the last note rang out. As the audience before them screamed, clapped and watched in amazement, Greater Works commanded the stage with the ease of seasoned entertainers, engaging with the audience and judges for a performance they’ll never forget – and neither will you.