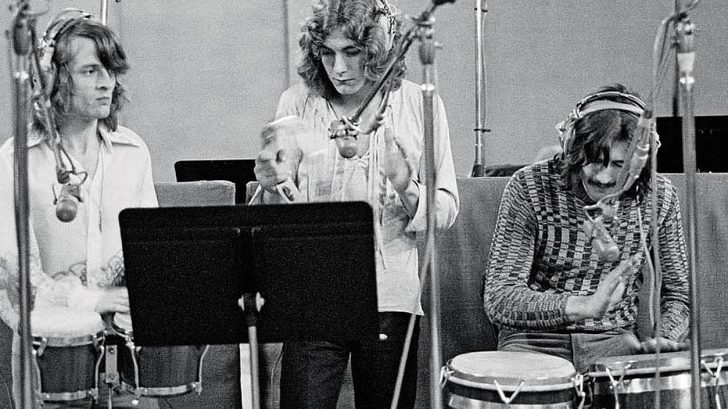 Written in 1971 and featured on Led Zeppelin’s fourth studio album Led Zeppelin IV, the bluesy “Black Dog” went through a few different incarnations before the band settled on the version that actually made the album and for the first time ever, you’re getting to hear the skeleton of what would inevitably become one of the band’s most loved hits. Even in its roughest form with a neat little acoustic introduction provided by Jimmy Page, “Black Dog” still rocks and still boasts a pretty groove-oriented kind of feel, despite bassist John Paul Jones and his best efforts to write a song that was hard for fans to dance to – I mean, no matter how you slice it, that rhythm makes it impossible to stand still!

John Paul Jones, who is credited with writing the main riff, wanted to write a song with a winding riff and complex rhythm changes that people could not “groove” or dance to.

The best part of this audio is that you don’t really realize how many moving parts there are to a Led Zeppelin song until you hear them all coming together in a rough draft type rehearsal such as this and it’s especially cool knowing that not even Robert, Jimmy, Bonzo or John really knew what the final product was going to sound like – they were more than happy to jam until it clicked, and we’re more than happy to listen!