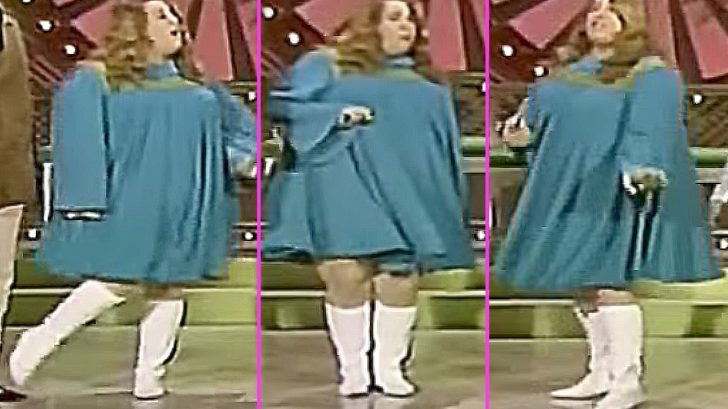 Equal parts sweetness, great humor and an unbelievable talent, Mama Cass Elliot brought an element of magic to all that she did – one that floated you away from the rigors of daily life and into something far more soft, hazy, and joyous. Sometimes, her magic appeared in the form of her wicked sense of humor or a mile wide grin when she saw her dreams come to fruition one by one and other times, as in the video below, it came out in the form of pure joy; that soul deep sort of joy that bubbles up when you’re just genuinely happy to be in the moment, the kind that made Cass dance up a storm while onstage with The Mamas & The Papas during a performance of Martha and the Vandellas’ “Dancing In the Street”.

Fun Fact: The City of Baltimore dedicated August 15 as “Cass Elliot Day”. On August 15, 1973, the city held a parade in her honor for her homecoming.

A vision in a teal dress and the knee high, white leather go go boots that so many of us envied as youngsters, there’s no stopping Mama Cass as she’s taken over by the music, unable to do anything but dance next to her more reserved bandmates and as a testament to everything that made her magnetic beyond belief, it’s impossible to take your eyes off of Cass even for a moment. Sure, the rest of the band is great, but Cass is having so much fun by herself that you don’t know whether to smile, join in, or both. Check it out in the video below, but don’t be surprised if you find yourself doing a little “Dancing In the Street” yourself!