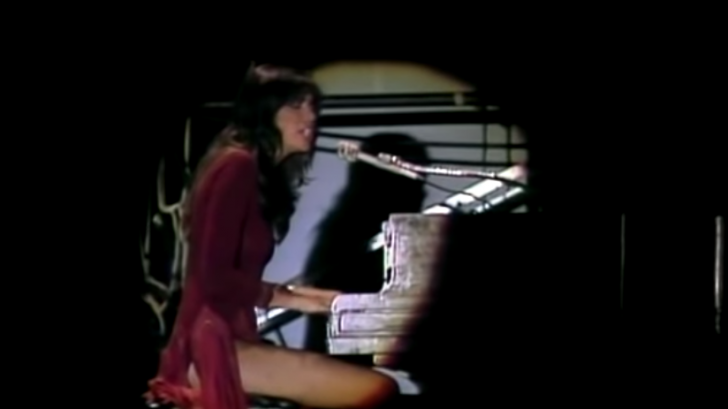 The Schaefer Brewing Company had been sponsoring a summer concert series in New York’s Central Park prior to 1971. In August of that year, The Beach Boys, Ike and Tina Turner, and several others hosted the Good Vibrations From Central Park show.

The who’s who of the music world was in attendance. James Taylor, Carole King, Art Garfunkel, and George Harrison. Not to mention the hosts, The Beach Boys and Ike and Tina Turner. The magic was certainly alive that night. One of the most well-received acts was Carly Simon.

That’s The Way I Always Heard It Should Be

This was one of Carly’s first appearances on National Television as a solo artist. She had been performing with her sister Lucy as a duo named, The Simon Sisters- for a few years.  Carly walked on stage, captivating the hundreds of attendees in the audience. Her stage presence was insanely awe-striking. She performed two songs that later became hits.

“Anticipation” was performed but wouldn’t be a hit for another six months. Next, Carly sang “That’s The Way I Always Thought It Should Be.” Simon mentioned prior to singing it, “Gonna sing a song that I heard on Jone’s Beach today. Anyways, it’s kinda a weird song about marriage.” This was Simon’s first single and the track peaked at #10 on the Billboards.

She received a standing ovation by whistling and applauding fans. Some of her contemporaries listened to the budding star backstage. Art Garfunkel and George Harrison chatted in the wings, I’m sure they were just as awe-struck as the Central Park attendees.