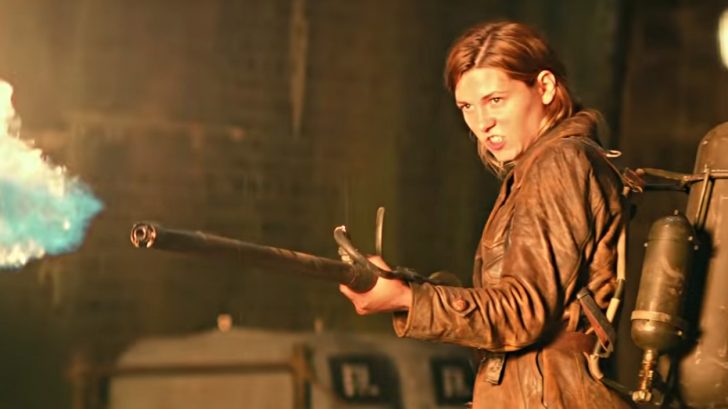 Do you remember the good ‘ol days when the only music you ever heard for an action movie trailer was a kick ass rock song? Well, we need more of that. If nothing else, rock songs were destined to be the battle cry for all things action and excitement. It just works!

Luckily for us, a trailer for a new WWII era thriller titled ‘Overlord’ just dropped and it’s just all kinds of awesome, but not just because of the fire, blood, bullets, and monsters, but also because of the impeccable song choice. This entire lusciously epic trailer is played to the tune of AC/DC’s iconic smash hit “Hells Bells”!

If you ask me, there’s no better song I can think of when picturing a platoon of soldiers trapped in a war zone/zombie nightmare in the WWII era. Don’t believe me? Watch this action-packed trailer below and see what I mean!