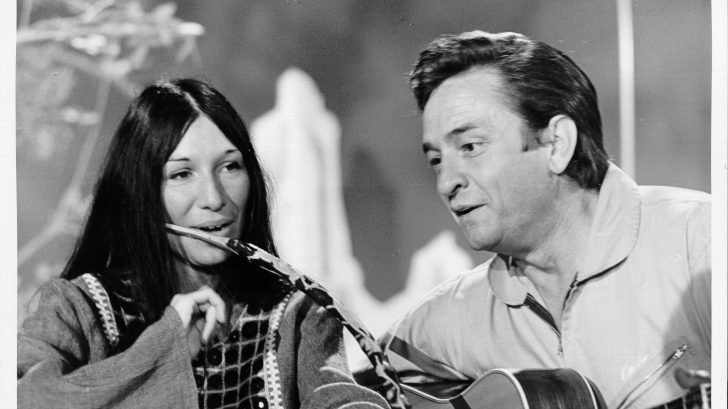 A Talent Show for Legends

The Johnny Cash Variety Hour only ran for 58 episodes between 1969 and 1971. Cash enthusiastically hosted the world’s most prolific music icons at The Grand Ole Opry in Nashville, Tennessee. The musicians who were on the show were predominantly of the folk genre- either rock or country stars. Among many magnetic guests were Joni Mitchell, Bob Dylan, Kris Kristofferson, and the Canadian Buffy Sainte-Marie. In the second month of the show’s broadcast, the Native American folk-artist arrived to perform “Custer” with Johnny Cash. She was to play her indigenous mouth-bow and Cash was on the guitar. The two were absolutely delighted to see each other and fed off each other’s energy as they giggled through their show.

“Well I cant tell you, Custer that I ain’t a fan of custard.”

The duo sang “Custer” which was written by Cash for his album Bitter Tears: Ballads of the American Indian, released in 1964. The song tells the true story of a a General named George A. Custer who was killed trying to take land from Native Americans in Montana. Cash and Buffy Sainte-Marie sing the song with the intent to educate the audience about civil rights. “Custer” is light-hearted in deliverance, as Cash and Sainte-Marie giggle their way through by each other’s presence. Seems as though Cash was more than enthused by Sainte-Marie’s mouth-bow, which was an uncommon sight to see. The two are very sweet and bond over their Native- American lineage.

“Well, I’m not all Arkansas red. I got just a little bit of Cherokee in there.”