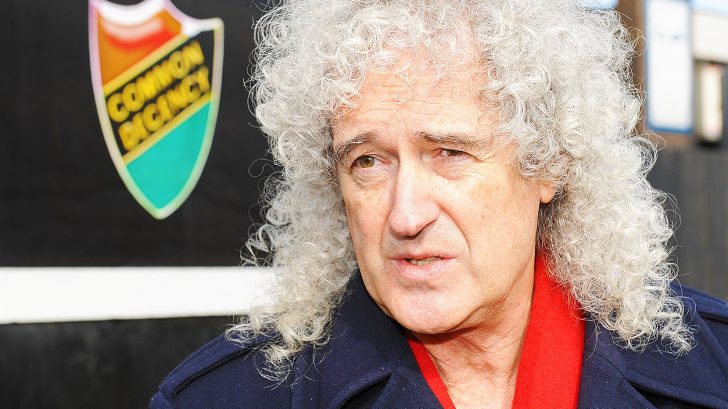 Don’t Mess With The May

Overall, Brian May is a pretty cool guy. He’s down to earth, nice, friendly to his fans, and has done everything the right way in terms of carrying on Queen and Freddie Mercury’s legacy. However, he was infuriated over the weekend when a fan called him into question over a social media post.

May posted a photo of himself performing on his Instagram. After a while, he received a notice that the post was being reported and he was forced to take it down, after a fan, who claimed the photo belonged to her, saw that Brian failed to give her proper credit. May took a screenshot of the notice, and fired off a hasty paragraph where he called out the photographer, and defended that he is usually good about giving photo credit, but it slipped his mind on this post. He argued that instead of filing the notice, it could have all been solved with a simple direct message, or comment by the photographer asking for proper credit. May ended the rant by telling the photographer that he will have her thrown out of a Queen show if she attends one. Pretty harsh….

Well this is what I woke up to. How RUDE ! I'm usually very careful to credit anyone whose photos I post – but in this case, at the end of the day, I must have forgotten. So, rather than write to me and say “dear Brian- you seem to have forgotten to credit me on this picture”, this person – Barbara Kremer is her name – reported me to Instagram and they not only took the picture down but disabled my whole account until I'd dealt with the issue – which took about 45 minutes of my time that I could not afford because the link refused to work on my phone. What an incredibly unfriendly act from you, Barbara ! You not only took my picture and are evidently exploiting my image, and making money off me without so much as a 'by your leave' – but you actually stop me using a picture of myself ! What a crazy world we live in these days. All I can say is that if you feel you were 'violated', I feel pretty violated myself. To the point where If I ever discover that you are at one of our concerts in future, look out, because, logically, I will be tempted to have you thrown out. Well, Good Morning !!! Bri