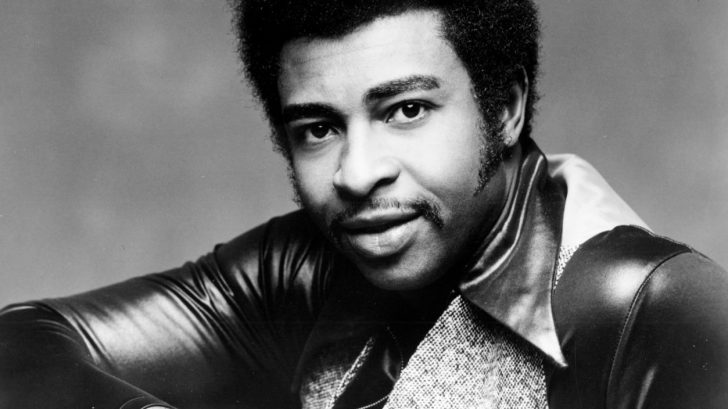 The Temptations’ lead singer Dennis Edwards, who sang on iconic chart toppers “Papa Was A Rolling Stone” and “I Can’t Get Next to You,” has died at the age of 74 – just one day shy of his 75th birthday. Edwards’ family confirmed his passing to CBS Chicago this morning but did not disclose the cause, though they did reveal that he was in Chicago at the time of his death.

Music was one of the great loves of Edwards’ life, beginning in the family church in 1945 when he was just two years old; a move to Detroit from Fairfield, Alabama in 1953 saw the 10-year-old’s love for singing grow even further as he continued to sing in the church pastored by his father before ultimately becoming the church’s choir director. The son of a pastor, Dennis was forbidden to listen to or sing secular music at home, but that didn’t stop the teen from pursuing a career in rhythm and blues music and forming his own group, Dennis Edwards and the Fireballs, in 1961.

The Temptations lead singer, Dennis Edwards, has passed away at the age of 74, one day before his 75th birthday. May he R.I.P. #dennisedwards #thetemptations #rip #goodmusic #legend #soulmusic #rnbmusic #blackexcellence #blackmen

Rest in power to lead singer Dennis Edwards of the temptations. He's was one of favorites! Also yes he was an replacement and he left a great mark on that group and his birthday was tomorrow he would have turned 75. ? #Temptations #dennisedwards

The next few years saw Dennis audition for Motown Records after serving in the United States military, joining The Contours in 1966. It was during The Contours’ opening gigs for The Temptations that Dennis’ talent shone through and attracted the attention of Temptations members Eddie Kendricks and Otis Williams; the pair, already considering firing current lead singer (and personal friend of Dennis Edwards) David Ruffin, struck up a friendship with the 24-year-old singer and drafted him into The Temptations the following year and formally introduced Edwards to the world on July 9, 1968 on stage in Valley Forge, Pennsylvania.

Edwards remained at the forefront of The Temptations from 1968 to 1976, 1980 to 1984 and again from 1987 to 1989, continuing to rack up Top 10 hits until towards the end of his time with the group and joining the Rock and Roll Hall of Fame as a member of The Temptations in 1989. His solo career proved to be equally successful, snagging the number 2 spot on the R&B chart with “Don’t Look Any Further” in 1984.

The Temptations lead singer #DennisEdwards has died one day before his 75th birthday. It has been confirmed that Dennis passed away while going through rehab suffering from an aneurysm

Dennis Edwards is survived by an adoring family that includes daughter Issa Pointer with ex-wife Ruth Pointer of The Pointer Sisters. Rest in peace, Dennis.