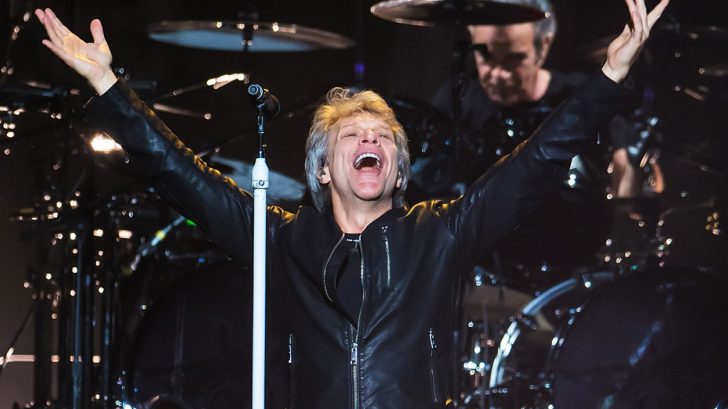 The Time Has Come

Three decades, twelve platinum albums, 130 million records sold worldwide and one Grammy Award later, the time has come: Bon Jovi is headed for the Rock and Roll Hall of Fame. The news came early this morning after weeks of speculation as to whether the New Jersey arena rockers would be one of the 5 artists selected for induction as part of the Hall’s Class of 2018, and while we all had a funny feeling that they’d be selected, the feeling of vindication as one of the hardest working and most successful rock bands finally received their due nearly a decade after they first became eligible is even sweeter than we’d imagined.

Bon Jovi took to social media this morning to express their gratitude and sheer amazement at having reached such an important career milestone, saying:

Thank you. See you in Cleveland. -JBJ

Rock & Roll Hall of Fame, Class of 2018. Could not have done it without our fans! Thanks for all of the support along the way.

Former guitarist Richie Sambora, who soared into legend as one of Bon Jovi’s chief songwriters before his exit in 2013, expressed his gratitude in an emotionally charged message to the fans who never gave up, as well as a reminder that without them – and the 1.1 million fan votes they submitted to take Bon Jovi to Cleveland once and for all – none of this would be possible.

Thanks to @rockhall and all those who voted #BonJovi to be INDUCTED for #rockhall2018! pic.twitter.com/ngbMcAKoF4

I want to thank our friends and fans for all your love, loyalty and support. Always remember that none of this is possible without u. We'll remain..

As the band tries to “wrap their heads around” the idea of being inducted into the Rock and Roll Hall of Fame, keyboardist David Bryan beautifully summed up what Bon Jovi’s induction means:

“When you look at it, its almost a journey of your peers. You’re in with people you grew up with. They were my heroes, the reason why I play rock & roll. It’s an honor to be amongst them.”

Congratulations, Bon Jovi – it was a long time coming, but you earned it!