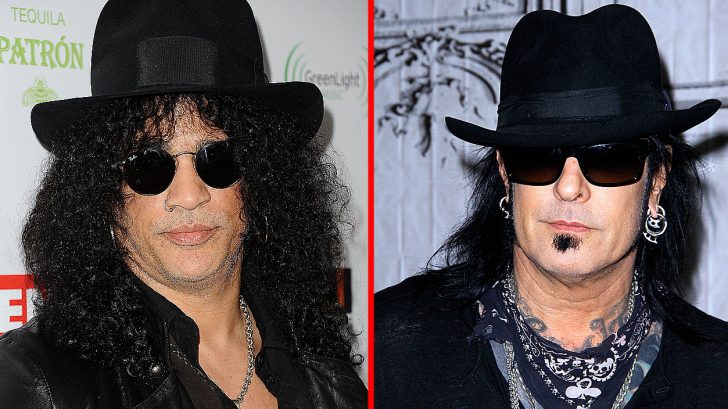 “People Just Do What They Do…”

Fans and rock stars are divided on the whole “bringing your cellphone to a concert” debate. There are many factors to it, but basically there are some who are against it because just filming a concert on your phone can take away from your personal experience. While on the other hand, if you’re at a concert, chances are that you’ll want to keep those memories alive forever and using your phone is most likely the easiest way of doing so.

In a recent interview on Sixx Sense with Nikki Sixx, both he and Slash talked about a great many things, one of which being the aforementioned hot topic of cellphones at concerts. Here is some of what they both said.

SLASH: “I’ve gotten past the point of caring. People just do what they do, and the fact that they can’t concentrate on the music because they have to memorialize this. After a while, you don’t want to make a huge effort to try and fight it, because it’s just going against what is the trend at this point.”

NIKKI SIXX: “That’s what happened to me too. There’s no way to fight it and not hurt your fans’ feelings. That’s what I found early on. I realized if I was a fan, and I was going to see Aerosmith, and Joe Perry tweeted out ‘I hate all you people with cellphones,’ I’d be like, ‘I worked for three months to afford a ticket and only buy a T-shirt, I never met my hero, and now he’s putting me down. But I’ve got this video!’ I’d be really happy to have that video.”

SLASH: “There’s some people who, rightfully so, get bent out of shape. Because as a musician, you’re putting across that you want people to actually hear it. It isn’t just about the experience of being at the event. It’s about all the songs and what goes on during your performance, and they get really bent out of shape about it. But I just think it’s sort of redundant, because it is a sign of the times. People are doing it, they have the equipment to do it and they’re gonna do it. If you lose sleep over it, you’re only cutting off your nose to spite your face.”

Personally, if I were a famous musician, I would never ban my fans from having their cellphones out at my concerts, but I do have to agree that watching the concert through your phone DOES take away from the experience, but overall, in my humblest of humble opinions, the fans are paying good money for their ticket, let them choose whether or not to use their phone.

You can watch the full interview below.