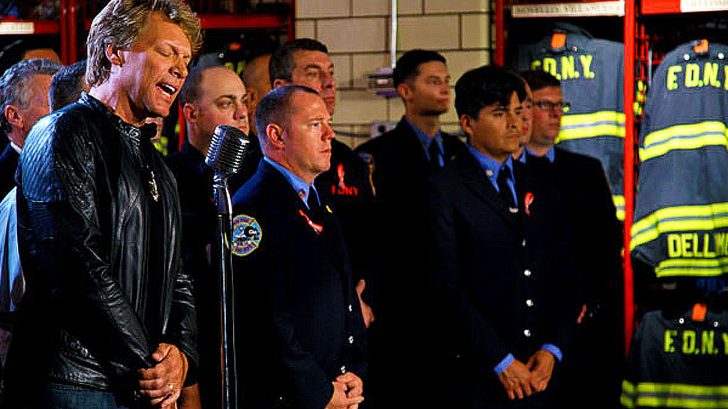 10 years after the September 11th attacks on the World Trade Centers that claimed 343 of New York’s finest firefighters, Jon Bon Jovi returned to Manhattan for the most important performance of his entire life.

Flanked by the brave men and women of the New York Fire Department’s Battalion 8, Ladder 2 firehouse, Jon performed an emotionally charged rendition of ‘America The Beautiful’ that was dedicated to the 343 firefighters who gave the ultimate sacrifice that day, and to the band of brothers who keep their legacy alive. 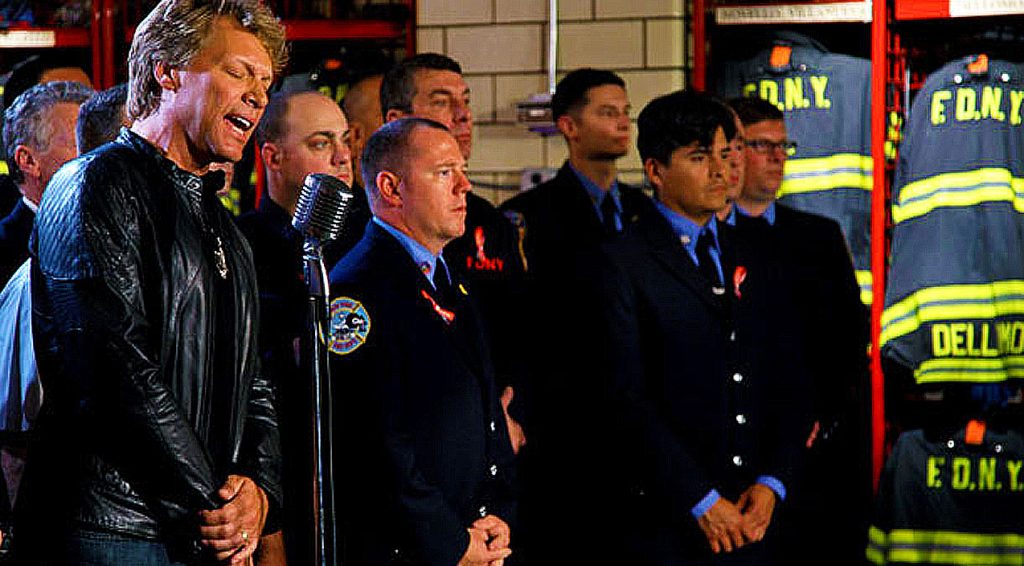 Note: Jon sang ‘America The Beautiful’ for a performance that aired nationally on Sept. 23, 2001 prior to the first NFL games after 9/11.

It’s hard not to be moved by this performance, and even harder to forget how drastically the world we knew changed literally in the blink of an eye.

However, this performance is a perfect celebration of the legacy left by those who gave everything to save lives, and of the triumph that was a nation united in the face of unspeakable tragedy.

Jon Bon Jovi may be a rockstar any other day, but in this performance he’s just a man who can’t thank these brave men and women nearly enough for what they do!