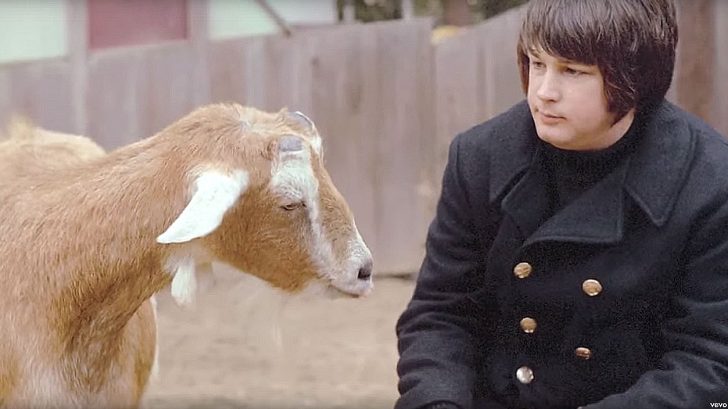 The Beach Boys’ Shenanigans Land Them In Hot Water

It’s pretty hard to get banned from the zoo. Like, I don’t even want to imagine the sorts of heinous things you’d have to do to earn yourself a ban from the zoo, much less a lifetime ban – but somehow, The Beach Boys managed to do just that after shooting the now iconic album cover for their album Pet Sounds, drawing the ire of the San Diego Zoo and a ban that’s still in place 52 years later.

As the San Diego Union-Tribune reports, the trouble began on February 13, 1966. The Beach Boys convinced the powers that be that their request to shoot their album cover at the San Diego Zoo wasn’t just an elaborate ploy to attach themselves to a trend, explaining that animals were cool to teens and they wanted to combat the British Invasion – more specifically, Eric Burdon’s The Animals. They got their wish and descended upon the San Diego Zoo’s now iconic children’s petting zoo, and that’s where things started to go left.

According to Zoo superintendent (and former Marine) John Muth, The Beach Boys left the animals “about to crack up” by the time the shoot was finished.

Not surprisingly, Muth proclaimed that “The Beach Boys are not welcome back and never will be,” something that sat just fine with the band as Brian Wilson has never returned to the San Diego Zoo since, and Bruce Johnston recalled several decades later that the suffering was actually on the part of The Beach Boys:

“The goats were horrible,” Johnston said. “They (would) jump all over you and bite. One of them ate my radio. The zoo said we were torturing the animals, but they should have seen what we had to go through. We were doing all the suffering.”

No worries, though; the children’s petting zoo made famous on Pet Sounds‘ album cover is due to be replaced in 2021 by a brand spankin’ new $69 million children’s zoo, and something tells us that that one won’t see any bands shooting album covers any time soon!