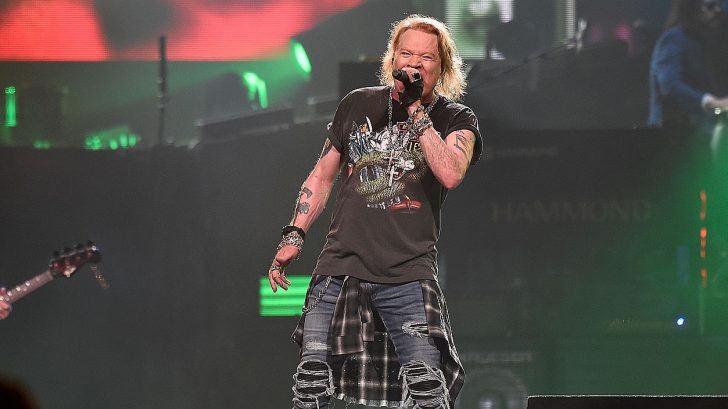 No One Saw This Coming…

Here’s a little bit of history. In 2002, Slash, Duff McKagan, and Matt Sorum, formerly of Guns N’ Roses at that time, all decided to band together to form a new band called Velvet Revolver. Also a part of this band was guitarist Dave Kushner and late singer Scott Weiland. Velvet Revolver found great success early on even going as far as winning a Grammy for their breakout song “Slither”.

What you’re about to watch is a video in which Guns N’ Roses stop their show to perform a cover of the aforementioned song “Slither”. To put it simply, this was completely out of left field, but utterly awesome! See for yourself!