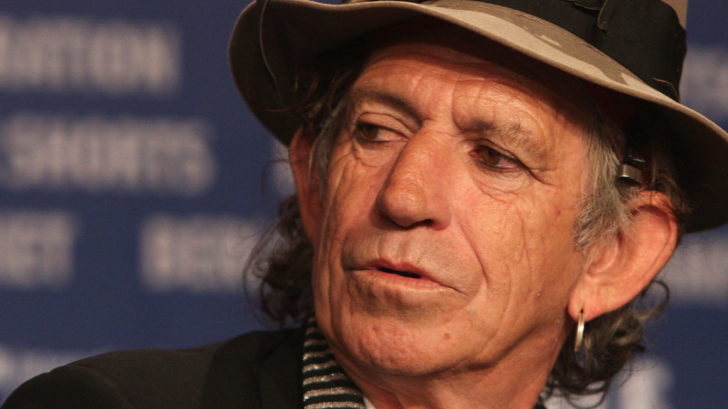 The day has come.

Deep down, we all knew it had to happen – especially if Keith Richards is to prove us all right when he inevitably outlives all of us, spending the rest of his days tucked away in a posh little cave somewhere with cockroaches and Twinkies.

Today, the immortal Keith Richards announced that he has stopped drinking, a decision that has fans (and us at Daily Rock Box) feeling fiercely proud of the 74-year-old rocker who has kicked yet another vice that could have taken him away from us all too soon.

In an interview with Rolling Stone magazine, Richards explained that his decision to stop drinking (except for the occasional beer or glass of wine with dinner) boiled down to one simple fact: “I got fed up with it,” revealing that it’s been “about a year” since he decided to give alcohol a rest.

Keith Richards has given up drinking: “It was time to quit” https://t.co/XpsJY5Ogxp pic.twitter.com/KETne8mUy5

“…I don’t notice any difference really – except for I don’t drink. I wasn’t feeling [right]. I’ve done it. I didn’t want that anymore.”

Bandmate Ronnie Wood, who famously won his own battle with substance abuse, knows that feeling all too well. While Keith may not notice much of a difference, Ronnie certainly has noticed a serious change in his old friend, both personally and professionally .

“He’s a pleasure to work with,” Wood told Rolling Stone. “Much more mellow. He’s open to more ideas, whereas before I’d kind of grit my teeth and go, ‘He’s gonna give me some s— for saying this.’ Now, he’ll say, ‘That’s cool, man.’

It just wasn’t working anymore, you know. I think the Keith that we used to know and love had this cutoff point where if he had one more, he’d go over the top and he’d be nasty. The cutoff point became shorter and shorter, you know, and he realized that.”

With the Stones gearing up for their first round of U.S. shows since 2016’s Desert Trip, Keith’s decision to kick alcohol for the most part couldn’t have come at a better time – and according to Ronnie Wood, playing sober has made for some of the best, most self-aware shows of the band’s career.

“We’re weaving [guitar parts] a lot more conscientiously now. We’re much more aware of the gaps and the spaces between. We’re in our seventies, but we’re still rocking like we’re 40-year-olds, you know?

Can’t wait to catch these guys on tour next year and get in on the excitement ourselves. Congratulations, Keith – we’re proud of you!