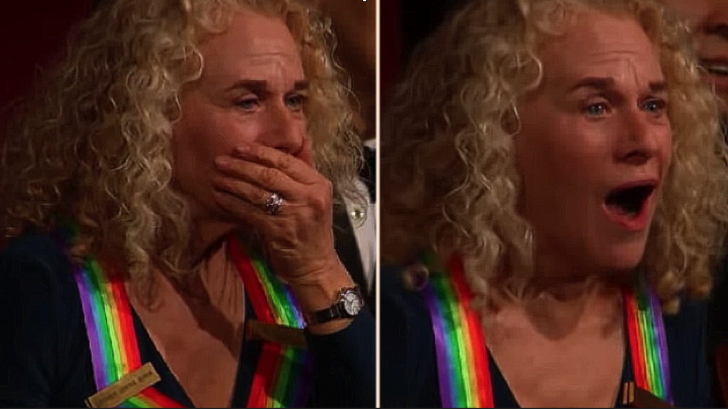 After penning 118 of Billboard’s Hot 100 hits between 1955 and 1999 and one of the best selling albums of all time with over 25 million copies sold since 1971 with Tapestry, Carole King wasn’t worthy of just any old tribute when she was tapped to receive the Kennedy Center Honors in 2015 – they enlisted the help of one of the greatest voices of the 20th century, Queen of Soul Aretha Franklin, to deliver a tribute fit for a queen and my God, did she deliver!

Carole King’s Legacy At A Glance

With over 118 pop hits to her name on the Billboard Hot 100 between 1955 and 1999, it was only a matter of time before Carole King’s solo work achieved the same notoriety.

The 1971 release of her breakthrough album Tapestry set the standard for singer-songwriters of the 20th century, giving musicians something to shoot for artistically and for King, the biggest personal achievement of her career to date with her first #1 single as a performer – the double-sided hit “It’s Too Late”/”I Feel the Earth Move”.

“King has done for the female voice what countless singer-composers achieved years ago for the male: liberated it from technical decorum.

She insists on being heard as she is…with all the cracks and imperfections that implies.”

Sure, Aretha sang the hell out of King and Goffin’s “(You Make Me Feel Like) A Natural Woman,” but it’s the reaction of Carole King herself that hits you right in the gut. Watching the performance from her spot on the balcony, King radiates pure joy as she both cries and cheers Aretha on from above, knowing logically that she wrote the song and has heard Aretha perform it hundreds of times (she even sang it herself!) yet is still unable to believe that her 60-year career as the most successful female songwriter of the latter half of the 20th century came down to hearing the Queen of Soul sing, just for her.

Guys, it’s not everyday that a tribute gets to us this way but this one succeeds in spades. Give it a watch via the video below, and don’t be surprised if you find yourself a little emotional by the time that last note rings out!