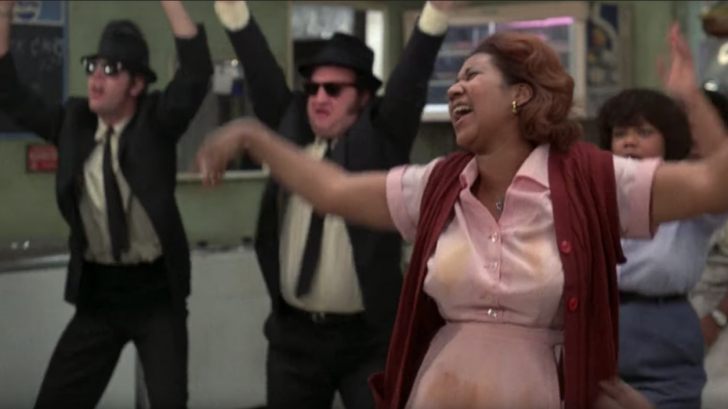 It’s impossible to look back on Aretha Franklin’s 62 year career without revisiting her cameo in The Blues Brothers, where she tore up her own “Think” in a greasy spoon alongside Joliet Jake and Elwood Blues. The then 37-year-old Queen of Soul’s appearance in the only film role of her career made for one of Blues Brothers’ most iconic moments, boasting an A-list cast comprised of some of music’s most celebrated sons.

Franklin, who died last month at the age of 76, played Mrs. Murphy, the long suffering wife of Blues Brothers guitarist Matt “Guitar” Murphy and decked out in a greasy pink waitress’ uniform with a pair of pink fuzzy slippers expresses her feelings at the idea of Matt leaving her side to hit the road with Jake and Elwood Blues. 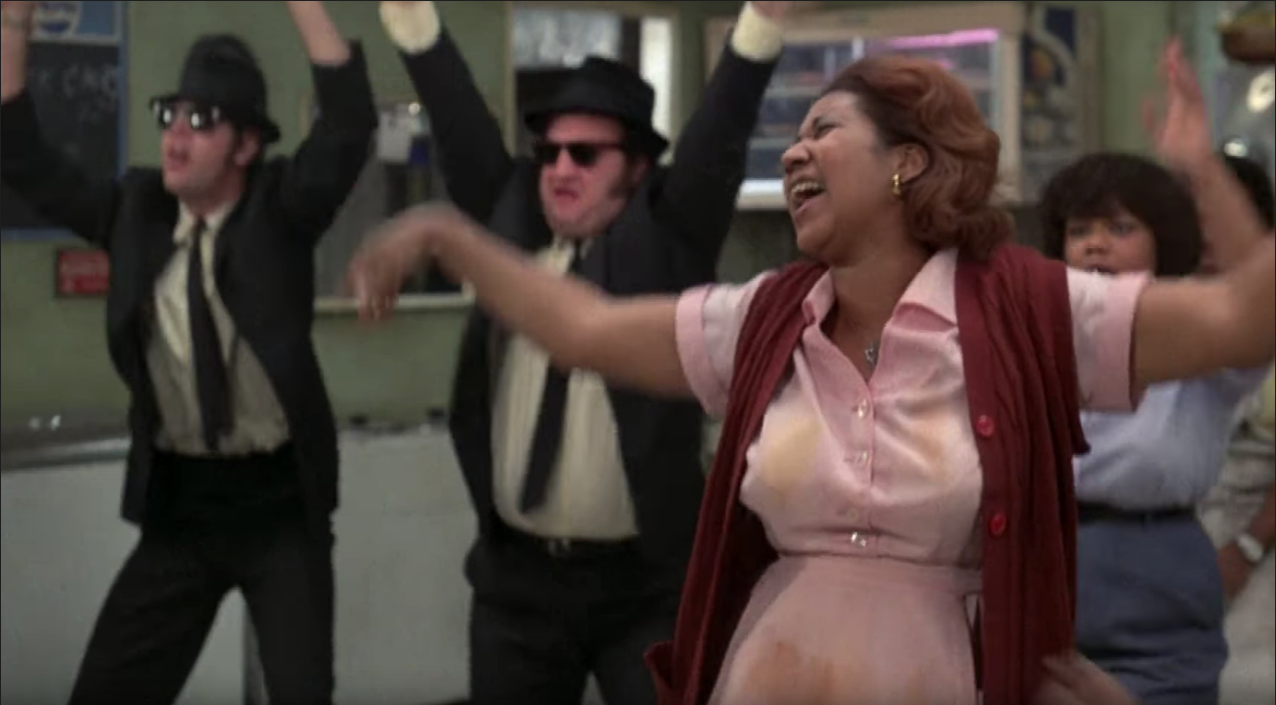 If it seems like Aretha’s role as Mrs. Murphy was a match made in heaven, that’s because it was.

Director John Landis revealed that not only was Aretha the first choice for him and Dan Aykroyd, the role of Mrs. Murphy was written specifically with her and her alone in mind. It was a long shot – after all, Aretha was known for being extremely selective about the opportunities that came her way – but one that paid off for Landis and Aykroyd when Aretha agreed to appear in The Blues Brothers.

Calling her “a real soldier” in an interview with The Hollywood Reporter, Landis hailed the late legend for her professionalism and dedication to excellence – two traits that translated just as well to the silver screen as it did to the stage and the recording studio.

“I don’t remember her being a diva or anything like that. I think she was kind of disappointed in the waitress costume — we dressed her up in a faux Chanel suit for the sequel, which she was a lot happier about — but she was actually a real soldier.”

She did have one complaint though.

“The only complaint Aretha made was that there were too many takes and she had issues with lip-syncing. Like many great artists, she never sang a song the same way twice, so there were issues getting her to match her lips. But she pulled through. I knew she’d be a wonderful actress even though she ended up making only two movies in her whole career. Both Blues Brothers movies.”

Her two-time co-star Dan Aykroyd was quick to rave about the Queen of Soul as well, taking to Twitter with his own idea of what the choir in heaven can expect now that Aretha is among their ranks.

"Happy memories of being with Aretha on movie sets and industry events. The Queen had a wry, skeptical eye on the world but once you got her laughing you were in. What a voice! What a soul. Angel choirs should prepare for increased rehearsal and discipline."

“Happy memories of being with Aretha on movie sets and industry events. The Queen had a wry, skeptical eye on the world but once you got her laughing you were in. What a voice! What a soul. Angel choirs should prepare for increased rehearsal and discipline,” wrote Aykroyd.

Check out Aretha’s pitch perfect “Think” scene in The Blues Brothers below and while you’re at it, don’t forget to share your own memories of the Queen of Soul!