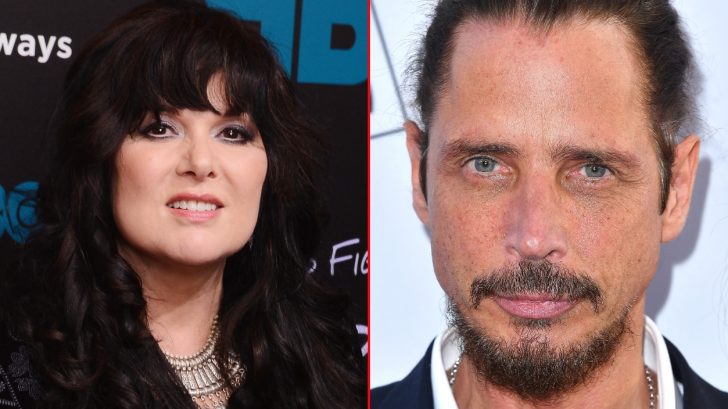 As you’re probably very well aware, when Chris Cornell died, there was hardly a single music fan in the world that wasn’t saddened by the news. Even many iconic musicians, past and present, have all expressed just how much Chris meant to them. Even more so, Heart singer Ann Wilson has opened up often about her relationship with him.

During a recent interview she did just that, only this time she made a startling revelation about just how she felt when she heard the tragic news of Chris’ passing. Here is some of what she said when speaking to SiriusXM…

“I was not surprised when he died. No, I was not surprised. I don’t know why I say that – it’s just something that I feel from Chris. He was so complicated. He always struggled with mundanity. He was really in another dimension, and for him to be normal was really hard.”

Ladies and Gentleman I would like to induct Chris Cornell into my personal Rock and Roll Hall of Fame No one is ever prepared to hear about a death in the family . And today Chris Cornell my brother from my Seattle music family is gone. Devastating. He was such an unwitting and reluctant BIG STAR . Such a purist with a problem. What we used to call "the Seattle musicians disease" Chris was among the greatest of Seattles most reluctant rock heroes. Like Elvis Presley in the wrong decade, Chris was way too handsome and way too talented. He was never going to be a poster boy. Instead, he raged and railed like all of us in the 90s against the blatant 80s commercialism and marketing with the pure Seattle punk guitar rock ethic. We were not tan and squinting at cameras just soul searching sequestered souls indoors from the ever present blue Seattle rain. From those basements garrets phosphorescent rehearsal rooms came the soul of a sound like no other. The Seattle Explosion. Chris Cornell's astounding god gifted voice cut through all that thick grey weather like a sun bolt. His beyond good looks and beyond talent were an embarrassment of riches. I knew that was his big problem before I hardly ever had a chance to hang with him. He was so moody, singular, and complex. From all accounts he was self absorbed and hard to love. Like the best lead singers are required to be. I thought he was judgmental of Heart since we had succeeded through a cultural system that he pushed against. I thought his voice would forever grace the world of music. But today the grey clouds rain tears. And the tears taste salty. Just like the ocean.

Definitely one of the more eerie things we’ve heard in a while. Ann knew Chris better than most people, so it’s always gonna beg the question ‘why was she not surprised’? Nevertheless, not a single day goes by that we don’t miss Chris.