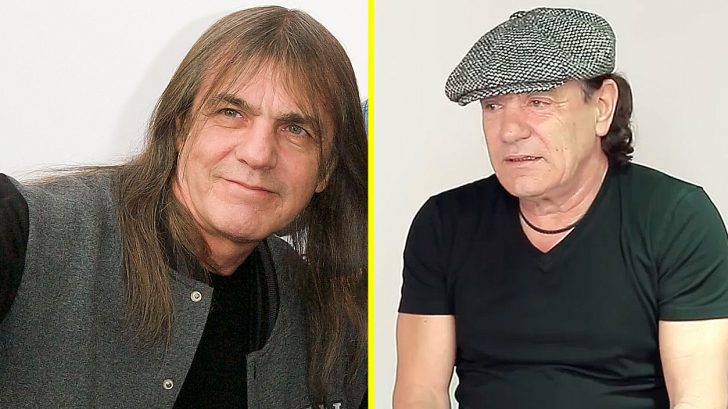 We are just two days removed from the untimely passing of legendary guitarist and founding AC/DC member Malcolm Young, and it goes without saying that the rock & roll community will never be the same again. Undoubtedly one of the most underrated guitarists of all time, Malcolm, age 64, was the foundation of AC/DC. Malcolm’s brother Angus himself admits this, and if you’ve ever heard at least one AC/DC song, then you’d know this, too.

AC/DC front man and band mate of Malcolm’s for 32 years Brian Johnson recently took to his website to pen an emotional letter to Malcolm. In this letter, he talks of the great memories he has with Malcolm and even offers his condolences to the Young family.

Here is the full letter.

“I am saddened by the passing of my friend Malcolm Young, I can’t believe he’s gone.
We had such great times on the road.
I was always aware that he was a genius on guitar, his riffs have become legend, as has he.
I send out my love and sympathy to his wife Linda, his children Cara and Ross,
and Angus, who will all be devastated…. as we all are.
He has left a legacy that I don’t think many can match.
He never liked the celebrity side of fame, he was too humble for that.
He was the man who created AC/DC because he said “there was no Rock,n,Roll” out there.
I am proud to have known him and call him a friend, and I’m going to miss him so much.
I salute you, Malcolm Young.”