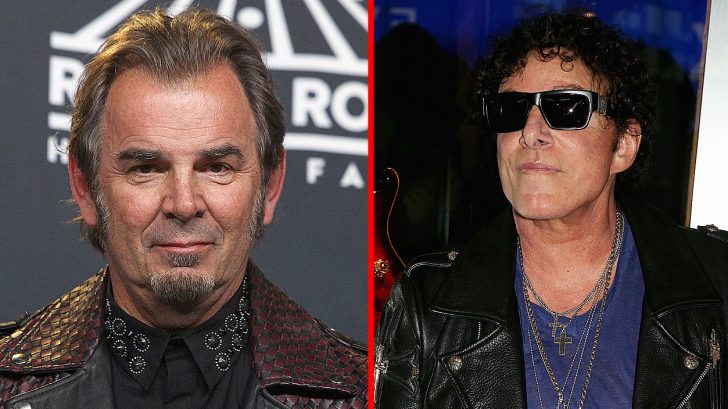 It goes without saying that it’s been a rough couple of months for legendary rock band Journey. Guitarist Neal Schon and Keyboardist Jonathan Cain found themselves in a feud back a few months ago when Jonathan’s wife Paula was announced as President Trump’s evangelical advisor. Neal took this as Jonathan trying to make a political statement on the band’s behalf. This wasn’t the case, but that’s how Neal initially perceived it.

This caused a great deal of tension between Neal and Jonathan, which ultimately halted any kind of progress the band hoped to make this year. So, for months, fans of Journey have been wondering if Journey will even continue to be a band. Yes, it was really that bad… However, Jonathan has just given us an update on how things are during a recent interview with Q103. Here is what he had to say when asked about how things are with Neal and the rest of the band…

“We just finished five days of rehearsal. I think we’ve completely reset with each other. I’m looking forward to a great tour with him and the rest of the guys. We’ve been together 38 years. There’s always going to have a bump in the road. I don’t know any marriage that hasn’t had any squabbles. It was a misunderstanding, and I think we’re ready to move on from all that.”

Well, I don’t know about you, but I certainly feel a whole lot better about where things are now with Journey. And with talk of there being a new Journey album in the works, it goes without saying that 2018 is going to be an exciting year for fans of Journey!