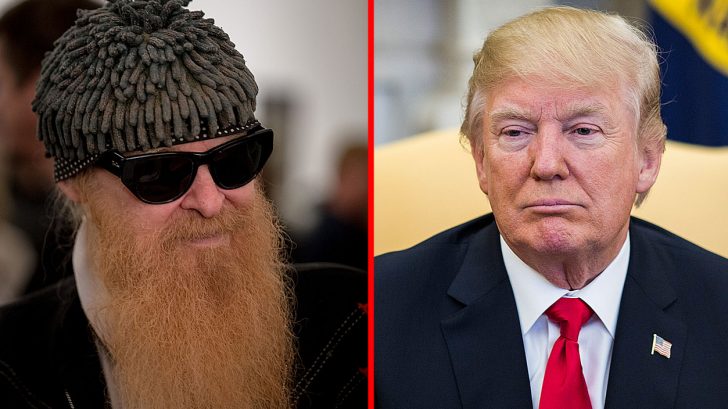 Legendary guitarist and ZZ Top co-founder Billy Gibbons admits that he has never been the most politically driven person in the world. In fact, he has always been one of the more indifferent musicians when it comes to politics. If you’ve ever been to a ZZ Top concert, then you’ll know this to be the case. That being said, Billy Gibbons will open up from time to time and give his viewpoint on certain things.

In a recent interview with Rolling Stone Magazine, Billy Gibbons was asked about a great many things including marriage, cars, B.B. King, and much more. He was also asked about what he thinks of our POTUS Donald Trump. Here is what he had to say.

“It’s a hard job to fulfill. You got to let the guy who holds that place do the best they can. And it’s a topsy-turvry position. It’s very challenging no matter who is in the chair. But I don’t mind the guy. I mean, I have never been politically motivated one direction or the other. I am glad I don’t have to do it as I said it’s a challenge that really quite a great bit of fortitude and stamina. We will see. Frankly I don’t care. Just make sure we keep this country in a forward direction.”

Now, in my humblest of opinions, it’s quite refreshing to hear a point of view that isn’t either overly negative or overly positive. We’ve always known Billy Gibbons to be one of the wiser musicians amongst his peers, and this statement alone proves it.