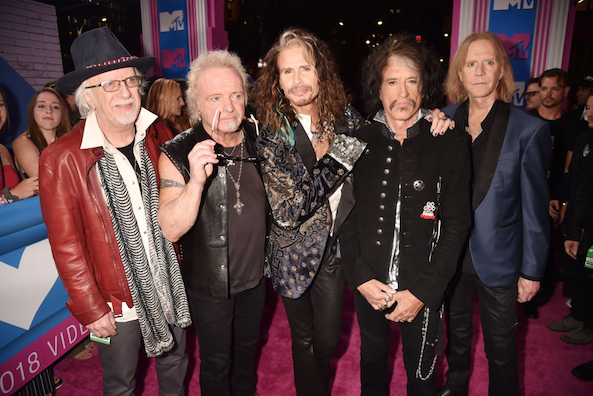 Janie’s Got A Fund

Front man Steven Tyler will be holding his Grammy Awards Viewing Party for the second year in a row, for Janie’s Fund. The event will be presented by Live Nation and hosted by Jane Lynch on February 10, in Hollywood. Appropriately, Aerosmith will be performing that night. The likelihood of the rock band playing “Janie’s Got a Gun,” is pretty high. Tyler had written the song about a girl who turned the gun on her abusive father. The singer’s philanthropic efforts are in support of abused and neglected girls.

Janie’s Fund has raised more than $4.5 million dollars since they started in 2015. The Grammy Viewing Party will be in support of those efforts. The charity helps over 800 girls and provides therapeutic care including housing and medical attention. Those supporting the young survivors include Lenny Kravitz, Alice Cooper, Scarlett Johansson, Sharon Stone, Mick Fleetwood, of course Aerosmith, and several other powerful Hollywood voices.

The night includes a VIP cocktail hour and dinner, a live broadcast of the 61st Grammy Awards, an auction, and a grand performance by Aerosmith. There’s no word if there will be any other bands will be hitting the stage- but the phenomenal band has it covered.

“What we accomplished in 2018 was only the beginning and we will continue to spread the love and the word! It’s so clear just by looking into the smiling faces and witnessing the spirit that surrounds this community that we’ve made an impact on the lives of these girls…there’s no way we can stop now,” Steven Tyler passionately states.