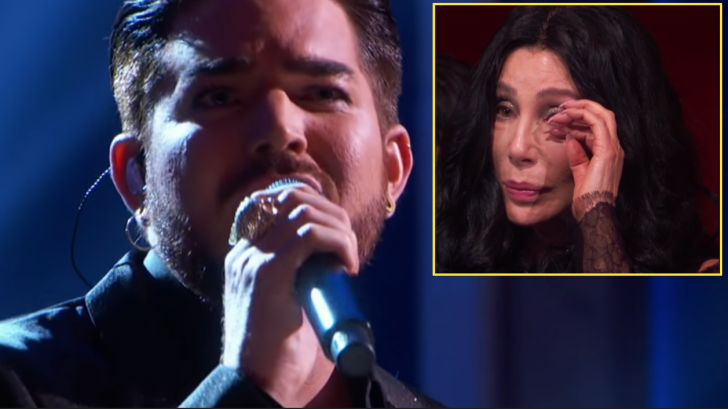 When it comes to emotions, music is a supremely powerful trigger; an intensely personal experience, it calls forth emotions typically kept beneath the surface and can trigger emotional responses that you can neither pinpoint or explain, and that’s the beauty of critically acclaimed artists like Cher – artists who see every song as a way of touching those parts of us that we never let anyone see.

This month saw Cher honored at the Kennedy Center Honors, recognized alongside Reba McEntire, Wayne Shorter, Broadway hit Hamilton, and Philip Glass for her musical contributions to American culture over the past several decades.

Thanks for tuning into tonight's #KCHonors broadcast!

What was your favorite moment?

Eyes wet, she sat in silence as Queen frontman Adam Lambert breathed new life into her 1998 megahit “Believe,” turning it from a slick, auto-tuned dance anthem for the broken hearted, into a slowed down, emotionally charged ballad for the ages.

As we watched his performance, it was hard not to well up a little ourselves; it’s not every day that you see Cher cry, and when you pair that with the incredibly well-thought out, well-executed arrangement Lambert put together to honor one of the brightest stars on the planet, you’ve got yourself an emotionally charged 3 minutes and 55 seconds on your hands.

Later, Cher and Adam both took to Twitter where they unpacked the events of the night, Cher still unable to find the right words to express her feelings about Adam’s take on “Believe”.

Tried 2 write Feelings About Adam Lambert Singing
Believe In Words,but Cant seem 2.When Your senses are Overwhelmed All Can you feel with your ❤️.
I Was Shocked AND Over The MOON When Cindi (Lauper) came out Rocking the house.
Shocked Because SHE TOLD ME SHE WAS IN LA,

Adam responded with, “It was a total honor @Cher!!!! You’re a goddess!”

It’s not even that “Believe” is a particularly sad song; it’s having the opportunity to salute a great entertainer while she’s still around to appreciate it and bask in the love she’s being shown, and in a year that’s claiming more of our legends than we ever thought fathomable, that’s not a luxury – it’s a necessity. Beautifully done tribute, Adam!