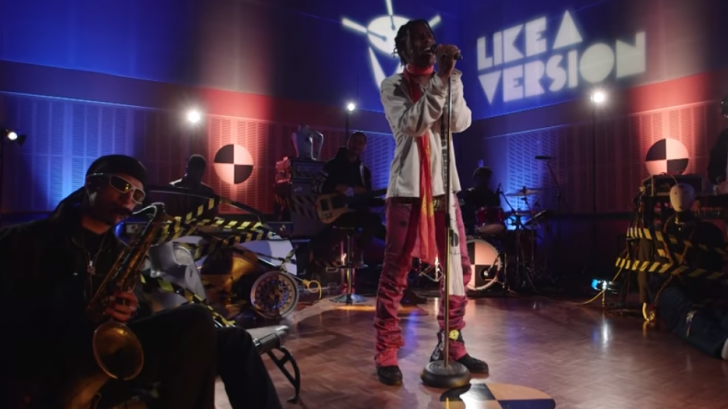 Coming Out of His Shell

The Australian show, Like A Version, is known for hosting artists who cover some of the most popular music out there. Sometimes the covers are good and sometimes the covers are epic. In A$AP Rocky’s case- it was shocking. Known for his rap linguistics, no one expected to hear him sing in accompaniment with a saxophone. A$AP actually has a nice easy listening type of sound. His singing flows smoothly with the vibe of Otis Redding’s “(Sittin’ On) The Dock of The Bay.” The rapper seems completely in tune to the song as he relaxes into the jam session.

A$AP Rocky proves to have some real singing potential.

Whistle While You Jam

The Otis Redding cover is not at all what you expected. Most people who are aware of A$AP’s usual work wouldn’t have considered that the rapper could pull this off. But he did. He might not be a natural born singer, but definitely has the chops to be trained into a vocalist. The man can even whistle well! The stripped down version of “(Sittin’ On) The Dock of The Bay,” is a solid cover with an authentic soul quality. This type of work is the sort of experimentation that more rappers should be testing out. Hopefully this isn’t the last of A$AP Rocky’s “out of the box” productions.